Kazakhstan rolls out its own COVID-19 vaccine QazVac 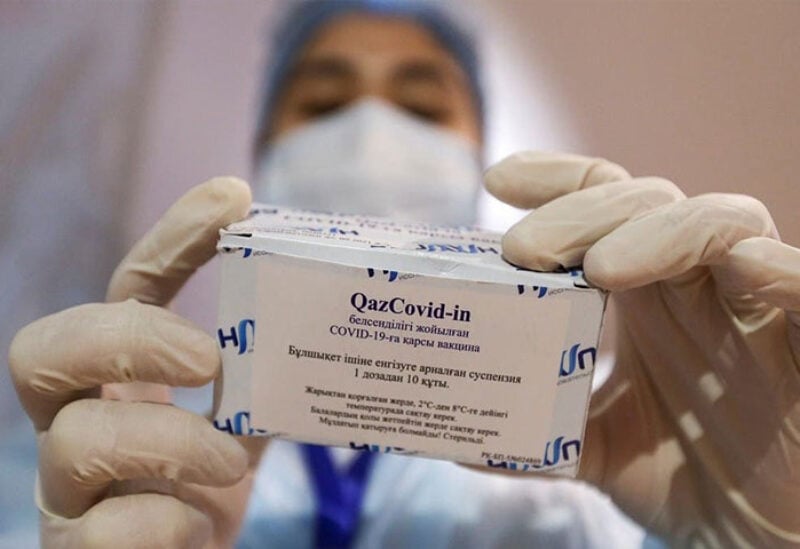 OzaVac vaccine made by Kazakhstan

Kazakhstan on Tuesday launched its own, domestically-developed vaccine for mass inoculations against COVID-19, starting with popular locations such as shopping malls.

Almost a million people in the former Soviet republic of 19 million have already received the Russian-developed Sputnik V vaccine that Kazakhstan both imports and produces domestically.

But this week, the oil-exporting country made its own vaccine available to the general public, with Healthcare Minister Alexei Tsoi receiving a jab in front of the media.

Like Sputnik V, the QazVac vaccine is delivered in two shots with a three-week interval.

QazVac is currently in a stage 3 trial to be completed by July. All 222 people who participated in the first two stages have developed immunity to COVID-19, with no major side-effects reported, according to its Kazakh developer, the Research Institute for Biological Safety Problems.

In Mega Park, one of the main shopping venues in Almaty, Kazakhstan’s biggest city, QazVac was the only available option on Tuesday. Most of the people queuing up for the shot said the brand of vaccine did not matter to them.

“We haven’t made it in time for Sputnik (but) I do not think there is any difference between Sputnik and QazVac,” said a young woman who only gave her first name, Madina.

“We plan to go to Georgia and we are getting the vaccine so that we do not get sick (with COVID-19) there.”

nations, but acknowledged issues with scaling up production and said they were discussing “bottling” the shot in Turkey.

Kazakhstan has reported over 360,000 COVID-19 cases with 4,381 deaths since the global pandemic began early last year.