Kenya receives 880,460 doses of Moderna vaccine from US 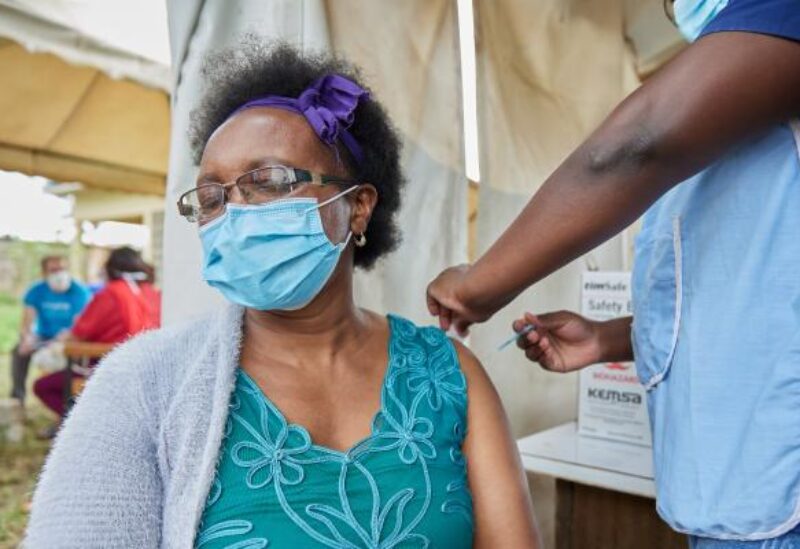 More than 800,000 doses of Moderna COVID-19 vaccine has been delivered to Kenya on Monday, amid a surge in infections.

“On behalf of the Ministry of Health and all Kenyans, I sincerely thank the government of the United States for the kind donation. Further, I extend my thanks to the governments of the United Kingdom, Denmark, Greece and France who have so far donated a cumulative total of 1.13 million doses of AstraZeneca vaccine,” Mochache said at the handover ceremony.

“The shipment is the first of the 3.5 million doses of vaccines to Kenya by the US government which includes today’s donation, a similar number of Moderna doses and a further 1.6 million doses of Pfizer vaccines scheduled to be delivered mid next month,” she added.

US Charge d’Affaires Eric William Kneedler, who was also present at the ceremony, said the US government remains committed to support Kenya achieve its objective of vaccinating its entire adult population.

More than 1.61 million people in Kenya have received at least one vaccine dose, while more than 780,300 have been fully vaccinated as of Aug. 22.

The Kenyan government aims to start vaccinating 150,000 people daily before the end of September. The focus is to protect those at the greatest risk of infection.

The country has so far registered a total of 229,009 COVID-19 cases with 646 tested positive over the past 24 hours. Some 30 people died of the virus over the past day, bringing the nationwide death toll to 4,497.