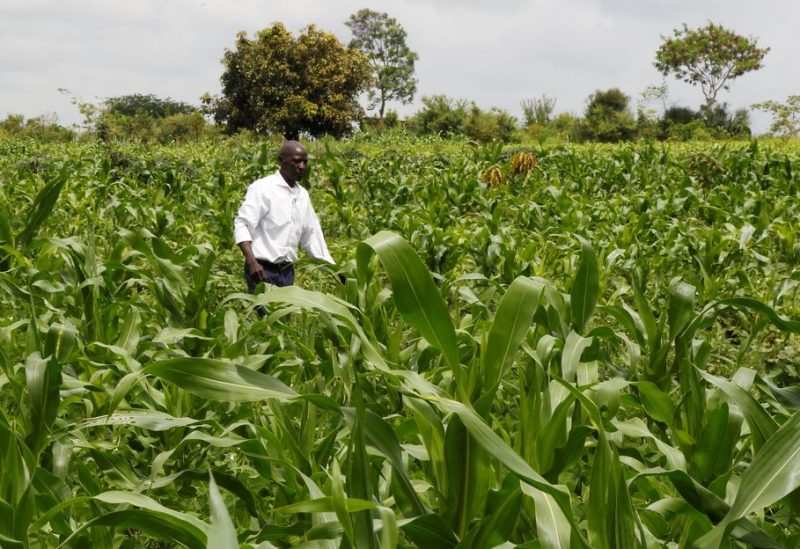 Samuel Wathome 65, a small-scale farmer inspects his crop at his maize farm where he plants indigenous seeds at Kyeleni village of Machakos, Kenya December 13, 2022. REUTERS/Monicah Mwangi

For the past three decades, Dick Olela has grown maize on his four-acre plot of land in western Kenya’s Migori county, but he is concerned that his way of life may be threatened by the government’s unexpected acceptance of genetically modified plants.

President William Ruto’s new government removed a ten-year prohibition on the cultivation and importation of genetically modified (GMO) maize in October, as more than 4 million people in Kenya faced severe food shortages as the worst drought in four decades decimated crops and animals in East Africa.

Kenya struggles to feed its population of 55 million and has consistently had an annual deficit of 10 million bags of the maize staple. Imports fill the gap but supply has come under unprecedented pressure in recent years from urbanisation and sky-rocketing prices of inputs like fertiliser.

Ruto said the move to allow pest-resistant GMO crops was necessary to boost crop yields and ensure food security, an argument dismissed by maize growers like Olela and a smallholder farmers’ group that has filed a lawsuit against the government to have the decision overturned.

Olela says GMO crops pose a threat to a “sustainable” tradition of recycling seeds, leaving maize growers dependent on big foreign companies that own the patents to GMO seeds.

“This is something that is out to put us into seed slavery, where we have to buy them every time we plant,” Olela told Reuters.

Other critics, including the Kenya Farmers Association which represents thousands of maize growers, say the decision was rushed and failed to address long-standing health concerns.

The controversy mirrors problems in other African countries which were earlier adopters of the technology. Farmers in Burkina Faso, Africa’s top cotton producer, said the quality of their crop fell after the introduction in 2008 of GMO strains.

Samuel Kioko, who grows maize, beans and peas on his 1-1/2 acres of land near Nairobi, says allowing GMO maize would force smallholders like him to carve up precious land to create “isolation zones” to shield indigenous seed varieties.

Kenya’s National Biosafety Authority, sought to allay some of the concerns.

“We check every crop, every genetic trait to confirm safety,” Chief Executive Roy Mugiira said, touting success of the technology in the country’s cotton sector where production had collapsed but was now reviving after the government allowed GMO varieties in 2019.

Daniel Magondu, who has grown GMO cotton over two seasons near the rice basket town of Mea in central Kenya, is one such beneficiary. In a field bordering an avocado orchard, he points to rows of weeks-old lush cotton seedlings as evidence that GMO seeds are superior to conventional varieties.

Next to them on a smaller plot, seedlings of the traditional variety are shorter, less lush and are being attacked by aphids.

“It (GMO cotton) has not even taken a month and you can see how it has grown very quickly,” he said, praising its resistance to pests and faster maturity than conventional cotton.

“Before we go the GMO way, why don’t we… give farmers subsidies for seeds, fuel, affordable credit?” said Kipkorir Menjo, a director at the farmers’ association.