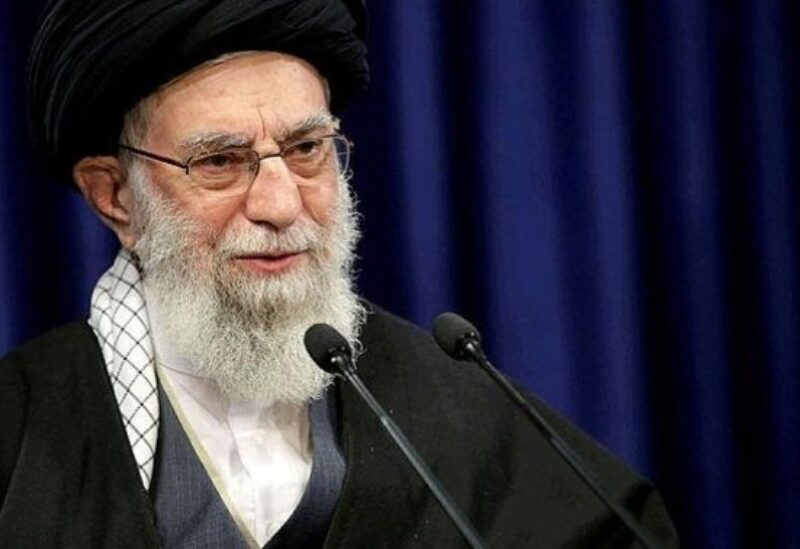 Weary negotiators seem less likely to resurrect a 2015 nuclear agreement between Iran and world powers before the Islamic Republic’s presidential election in June, but an extension of talks could help the supreme leader gain political ground at home.

Officials and insiders claim that the man who ultimately matters in the Iranian nuclear question, Supreme Leader Ayatollah Ali Khamenei, would like the Vienna talks between Tehran and six global powers to end Iran’s economic isolation, but at a favorable time.

At stake in Iran is which political faction within the country’s complex power structure will take credit for removing U.S. sanctions that were re-imposed after former U.S. president Donald Trump exited the 2015 pact three years ago.

Prolonging the talks to bring back Tehran and Washington into full compliance with the accord would mean that the process of peeling back layers of U.S. sanctions would start after the June 18 vote, when a hardline ally of Khamenei is expected to replace the current pragmatist president, Hassan Rouhani.

Although the vote will have scant impact on Iran’s foreign or nuclear policies, in which Khamenei already has the final say, an end to Iran’s economic isolation when a hardline president is in office could strengthen Khamenei’s hand at home.

“Ultimately, Iran’s leader wants the U.S. sanctions to be lifted. But he would not mind if the talks take a little longer,” said a senior Iranian government official.

“If the deal is saved at the last moment possible, then the next president will benefit from the lifting of sanctions to improve the economy. This is the most favorable timing for him.”

Analysts believe Iran’s announcement on Sunday that the UN nuclear watchdog’s access to photographs of nuclear sites would end after a three-month monitoring agreement between Tehran and the agency expired was intended to achieve just such a pause.

Iran extended the monitoring agreement for another month on Monday, averting a potential breakdown of the Vienna talks.

“An agreement that would clarify the commitments of Tehran and Washington to step forward” will be announced in Vienna this week, according to a regional diplomat briefed by Western officials involved in the nuclear talks.

The idea that Khamenei would desire a delay in ending sanctions may seem at odds with his efforts to halt the damage being done to Iran’s economy by what he sees as Iran’s “number one enemy”, the United States.

But for Khamenei, the importance of rescuing the economy has had to be balanced by the necessity of preserving his own power from any perceived threat, officials and analysts said.

Iran’s clerical rulers fear a re-eruption of unrest among middle and lower-income Iranians – whose periodic protests in recent years served as a reminder of how vulnerable the establishment could be to popular anger over economic hardship.

Public dissatisfaction has also been simmering in Iran on the Islamic Republic’s stepped-up pressure on dissenting voices and restrictions on political freedoms and social life.

Such dissent challenges Khamenei’s immense authority. He controls the judiciary, the security forces, public broadcasters and foundations that own much of the economy.

“Hardliners have a majority in Iran’s parliament … The judiciary chief is appointed by Khamenei and if, as expected, a hardliner wins the election, then we can say hardline allies of the supreme leader are in full control of the country,” said a former senior official, who is close to Iran’s decision-making center.

“If the sanctions are lifted after the election, then hardliners close to the leader will be seen as heroes in the country.”

With Iran’s election approaching, a senior European official said that pace was critical.

“The sense of urgency is there. Before the voting, we need to reach an agreement… We must seize this chance right now, rather than waiting several months. I doubt the Americans would sell this branch a second time “According to the European official.

Tehran has been restoring stockpiles of low-enriched uranium, enriching it to higher levels of fissile purity, and installing advanced centrifuges to speed up production after Trump scrapped the contract, claiming it was too lenient on Iran.

President Joe Biden has said Washington will return to the pact if Tehran first resumes compliance with its strict limits on uranium enrichment, a potential pathway to nuclear bombs.

If there is an issue at the core of Iran’s election, it is whether the next president can jumpstart the economy and ease the deep financial pressures facing the majority of Iranians.

A potent mix of US economic sanctions and bad management has driven more than half of Iran’s 83 million people into poverty, resulting in everyday struggles to cope with spiraling prices and high unemployment.

Official surveys, such as one conducted by Iran’s state-run television in May, indicate that voter turnout may be as low as 30%, substantially lower than in previous elections.

Another Iranian official close to hardliners said that if sanctions were lifted after the vote, the possibility of new unrest would be reduced because Iranians would have hope for better times ahead.

“Improving the economy will be necessary after the election to raise our people’s living standards,” he said. “Any unrest sparked by economic distress has the potential to severely harm the Islamic Republic.”