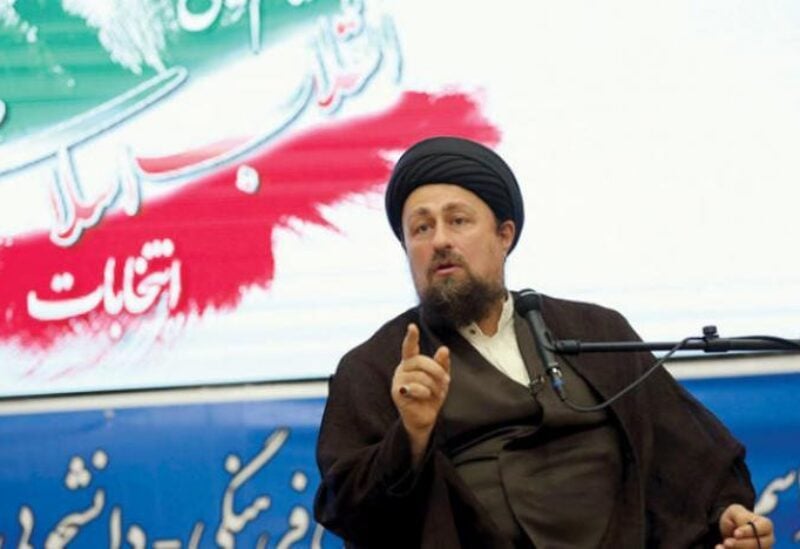 Hassan Khomeini, the grandson of the founding leader of the Iranian regime, strongly criticized the electoral process following the rejection of dozens of requests to run in the upcoming electoral race.

“The people’s vote is a condition for the legitimacy of the system,” Khomeini told a crowd of Iranians on Monday, adding that a government that does not enjoy general acceptance “has no legitimacy.”

“We cannot choose some [candidates] and ask people to vote for them,” he underlined.

Meanwhile, presidential candidate, Mohsen Mehralizadeh, called on his electoral opponent, Ebrahim Raisi, to submit his resignation from the post of chief justice, or to withdraw from the presidential race.

After its nine candidates were rejected, the Reform Front said that it had no candidate to present in the elections, while Mehralizadeh would compete with the former Central Bank Chairman Abdolnasser Hemmati, to win the reformists’ support. The latter pledged to form a government of technocrats.

The Iranian Election Commission said that it had filed a lawsuit against the IRGC news agency, FARS, for leaking the list of candidates for the presidential elections last week, a few hours after the Guardian Council confirmed that the final list had been sent to the Ministry of the Interior.

In a statement on Monday, the head of the commission, Jamal Arf, said: “After the names of the seven candidates were announced by (FARS) Agency, we filed a complaint against the agency. FARS officials should tell us where they got the information from.”