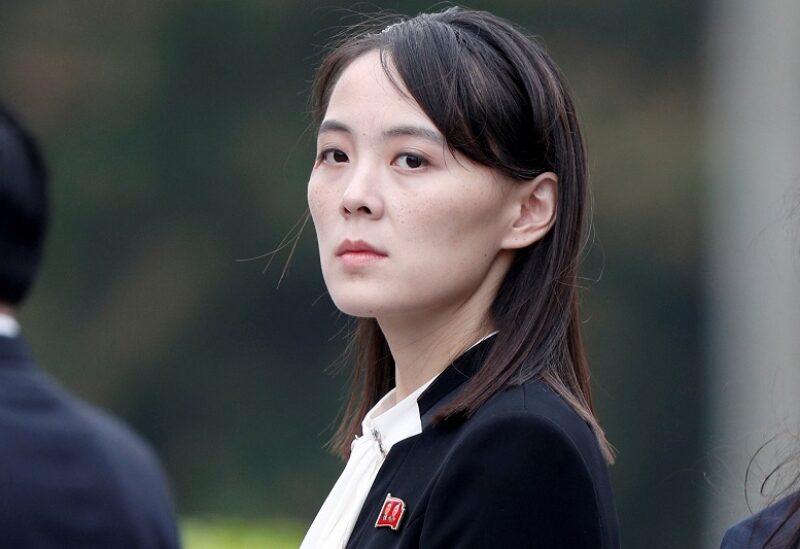 Kim Yo Jong, sister of leader Kim Jong Un termed the offer of South Korea, to offer economic assistance package to North Korea in exchange for denuclearisation, as ‘foolish’ and stated that her country would never accept the offer.

Referring to South Korean President Yoon Suk Yeol, Kim Yo Jong added, “I’m not sure that he knows his assumption ‘if the North took a measure for denuclearization’ was a wrong prerequisite. All cannot be bartered. Bitter contempt is what we will only show those spinning a pipedream to succeed in making us abandon our nukes if they pay more stakes.
The statements were published in the Friday edition of North Korea’s official Rodong Sinmun newspaper. In the commentary, Kim Yo Jong stressed that her country had no intentions to give away its nuclear weapons and ballistic missiles program.

“Though he may knock at the door with what large plan in the future as his “bold plan” does not work, we make it clear that we will not sit face to face with him,” she added.

The powerful North Korean leader, second only to her brother Kim Jong Un, also questioned the sincerity of South Korea and its call to improve bilateral ties.

She stated that Seoul continues to engage in military exercises with the US whilst failing to stop its civilian activists from flying anti-Pyongyang propaganda leaflets and other “dirty wastes” across their border, according to AP.
As reported by WION, in a televised speech celebrating the end of Japan’s colonisation of the Korean Peninsula, South Korean President Yoon Suk Yeol, earlier this week, offered economic assistance with the caveat that its neighbour abandon the nuclear weapons program.

Under the scheme, South Korea was offering large-scale aid in food and health care. Correspondingly, it also promised to modernise the airports, seaports and electricity generation methods in the country.

“If North Korea halts its nuclear weapons development and genuinely commits to a process of denuclearization, the South will respond with huge economic rewards that would be provided in phases,” said Yoon in the speech.

Yoon’s statement came a few hours after North Korea fired two cruise missiles ending a month-long lull in Pyongyang’s record-breaking spate of weapons tests this year. However, turns out, the olive branch has been refused, that too for the umpteenth time.