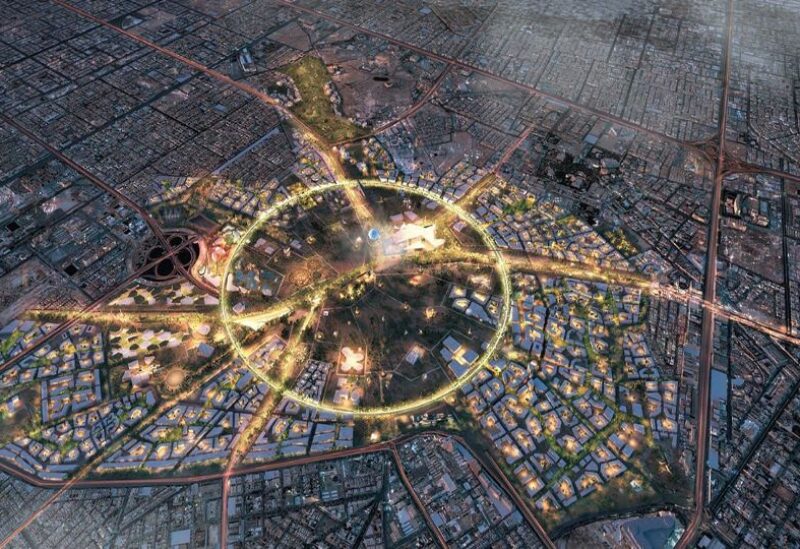 The King Salman Park Foundation announced the commencement of construction on the guest pavilion on Sunday.

A plant nursery, a multi-use hall, conference rooms, exhibition areas, restaurants, and cafés will be part of the 90,000-square-meter public space.

The main auditorium, which has VIP and tiered seating for up to 230 persons, may be used for events, entertainment acts, and business meetings. Visitors will be introduced to the park’s ecological, cultural, and recreational components through interactive garden displays, and the pavilion will have a huge terrace with 360-degree views of the countryside.

The pavilion’s architectural idea is based on Salmani architecture principles, which honor and exhibit the beauty of ancient materials via modern design and construction. The design makes the most use of natural light during seasonal changes, with a focus on sustainability and the environment.

King Salman Park is defined by its position in Saudi Arabia’s capital, which is connected to numerous important highways as well as the public transportation project, which includes Riyadh’s rail and bus networks, making it easily accessible to locals and visitors alike.

The pavilion was created by British architect David Adjaye. He was knighted by Queen Elizabeth II in 2017 and will receive the Royal Gold Medal for Architecture from the RIBA in September 2021.

The foundation granted contracts totaling SR3.847 billion ($1.02 billion) to a group of national enterprises to begin developing elements of the park project.

These contracts involve site preparation work as well as the building of tunnels and bridges, in addition to infrastructure and preparatory work in the Royal Arts Complex.

It also secured an arrangement with the Saudi Electricity Company to build five power plants with a total capacity of 580 megawatts to supply electricity to the park.

The park will offer a holistic experience that includes a variety of environmental, cultural, sports, artistic, and entertainment options to improve the city’s quality of life, thereby implementing Saudi Vision 2030’s goal of creating a vibrant and healthy society and raising Riyadh’s global ranking among the world’s top liveable cities.