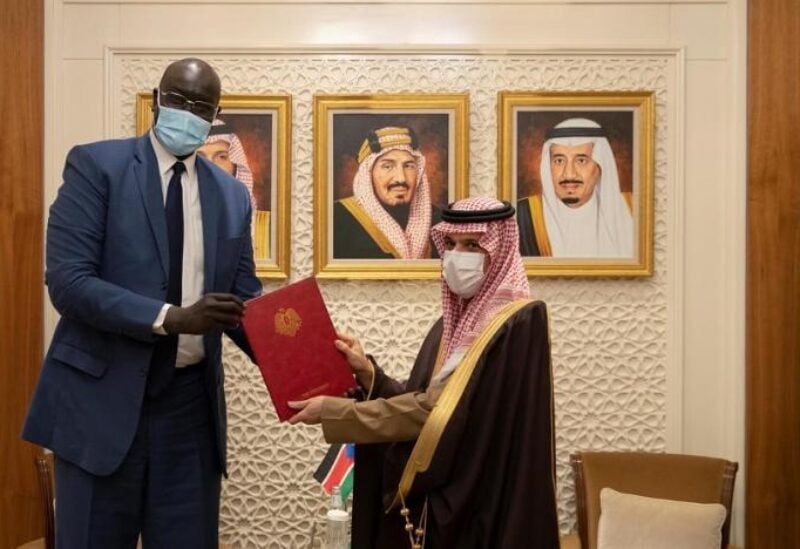 The message covered bilateral relations between the Kingdom and South Sudan and ways to bolster and develop them in all fields.

The message was handed to Saudi Foreign Minister Prince Faisal bin Farhan during a meeting in Riyadh with his South Sudanese counterpart Mayiik Ayii Deng.

The two ministers signed a framework agreement on behalf of their governments aimed at developing bilateral ties.

They also exchanged views on various regional and international developments of interest.