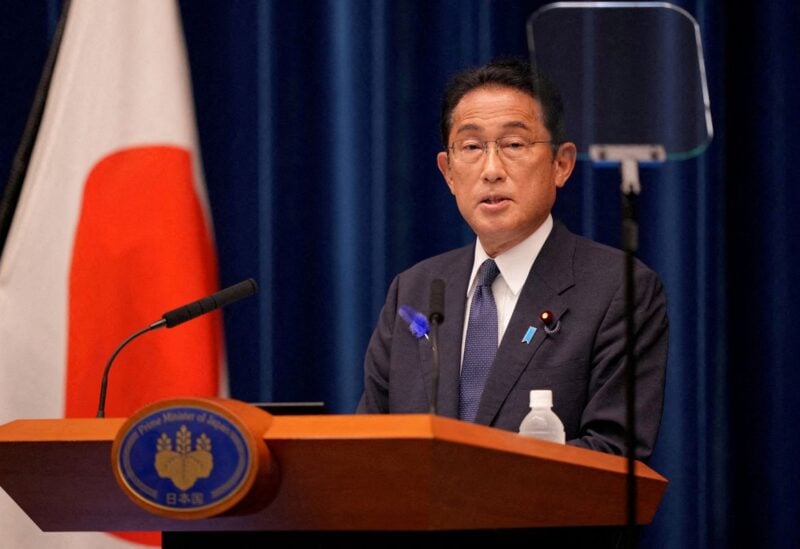 After Russia’s invasion of Ukraine, according to Japanese Prime Minister Fumio Kishida, the G7 meeting in Hiroshima in May should show a firm commitment to upholding international law and order.

The former Russian president Dmitry Medvedev accused the Japanese leader on Saturday of shameful subservience to the United States and suggested he should ritually disembowel himself. Speaking at a news conference in Washington the day after a meeting with U.S. President Joe Biden on Friday, Kishida made no mention of this.

At their summit Biden and Kishida said their alliance was stronger than ever after Japan last month announced its biggest military build-up since World War Two, amid mounting security concerns about China, North Korea and Russia.

Kishida also stressed the importance of standing up to Russia’s invasion of Ukraine, saying that if a unilateral change to the status quo went unchallenged, the same would happen elsewhere, including in Asia – an apparent reference to China’s vow to reunite with self-governed Taiwan, by force if necessary.

Kishida came to Washington on the last stop of a tour of G7 industrial powers and has been seeking to bolster long-standing alliances.

“In our coordination in the run up to the Hiroshima summit, the greatest issue was, needless to say, the Russian aggression against Ukraine, which will soon mark one year since the start,” he told the news conference.

“I pointed out that the aggression against Ukraine is not only a European problem but also a challenge to the very rules and principles of the international community and agreed with the heads of state and government that the G7 Hiroshima summit should demonstrate a strong will to uphold the international order, based on the rule of law,” he said.

Kishida was not asked about Medvedev’s comments at his news conference.

He said he had not been able to meet German Chancellor Olaf Scholz on his trip due to scheduling conflicts, but would like the opportunity to exchange views with him as soon as possible.

Kishida said unity and cooperation of the G7 would determine global trends more than ever before. He said the outlook for global economy was becoming increasingly uncertain and the G7 must look at responses to downside risks to it.

When asked if Japan would support strict controls on China’s access to chips announced by the United States last year, Kishida said: “As for concrete measures there is nothing I can say firmly today.” He added that Japan and the United States were working together to ensure the resilience of supply chains and semiconductors.

“As far as Japan is concerned, we are going to think about how to manage this with responsibly,” he said, adding that more conversations were required.

Kishida has stated that he supports Biden’s effort to restrict China’s access to advanced semiconductors through export limits, but he has not agreed to the broad limitations Washington put in October on the export of machinery used in chip manufacture.