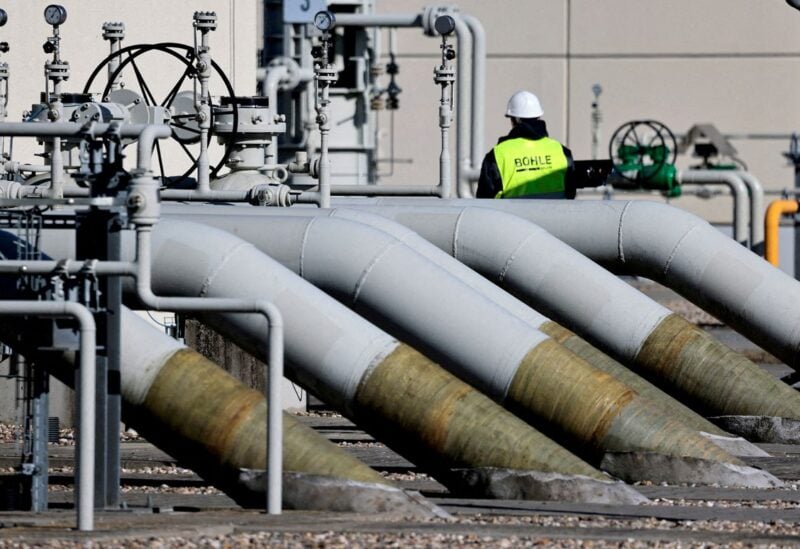 Pipes at the landfall facilities of the 'Nord Stream 1' gas pipeline are pictured in Lubmin, Germany, March 8, 2022. REUTERS/Hannibal Hanschke/File Photo

The Kremlin dismissed suggestions that it was somehow behind a potential assault on the Nord Stream gas pipelines, saying that the US had opposed them and that its companies had made significant profits delivering gas to Europe.

The incident needs to be examined, according to Kremlin spokesman Dmitry Peskov, and it was unclear when the damaged pipelines would need to be repaired.

Asked about claims Russia might be behind the possible attack, Peskov said: “That’s quite predictable and also predictably stupid.”

“This is a big problem for us because, firstly, both lines of Nord Stream 2 are filled with gas – the entire system is ready to pump gas and the gas is very expensive… Now the gas is flying off into the air.”

“Are we interested in that? No, we are not, we have lost a route for gas supplies to Europe,” Peskov said.

Europe has been investigating what Germany, Denmark and Sweden said were attacks which had caused major leaks into the Baltic Sea from two Russian gas pipelines at the centre of an energy standoff.

“We see the huge profits of the U.S. suppliers of liquefied natural gas, who increased their supplies many-fold to the European continent,” Peskov said. “They are very, very interested in further receiving their super, super profits.”

The United States plans to supply at least 15 billion cubic metres (bcm) of liquefied natural gas (LNG) to European Union markets this year as Europe seeks to wean itself off Russian gas supplies.

Russia, which slashed gas deliveries to Europe after the West imposed sanctions over Moscow’s military operation in Ukraine, has said sabotage was a possibility and that the leaks undermined the continent’s energy security.

“Before making any claims, we should wait for investigation into these ruptures, whether there was an explosion or not,” Peskov said. Information on the incident could be expected from Denmark and Sweden, he said.

Nord Stream AG, the operator of the network, said on Tuesday that three of four offshore lines of the Nord Stream gas pipeline system sustained “unprecedented” damage in one day. All Nord Stream’s pipeline had not delivered gas by the time of the incident.

Nord Stream 1 has reported a significant pressure drop caused by the gas leak on both lines of the gas pipeline, while Nord Stream 2 said that a sharp pressure drop in line A was registered on Monday.