Kremlin: More US arms to Ukraine will aggravate war 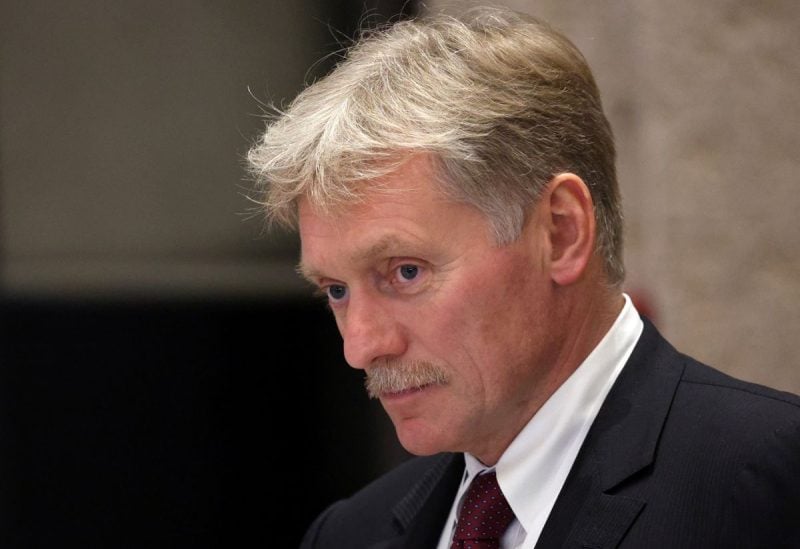 The Kremlin warned Wednesday that increasing the supply of US arms to Kyiv would aggravate the devastating 10-month war ignited by Russia’s illegal invasion and “does not bode well” for embattled Ukraine.

“Weapon supplies (by the US) continue, the assortment of supplied weapons is expanding. All this, of course, leads to an aggravation of the conflict and, in fact, does not bode well for Ukraine,” Kremlin spokesman Dmitry Peskov told reporters.

Peskov’s comments were the first official Russian reaction to news that Ukrainian President Volodymyr Zelenskyy was heading to Washington for a summit with US President Joe Biden. The trip would be Zelenskyy’s first known foreign trip since Russia’s Feb. 24 invasion triggered a war that has killed thousands and laid waste to towns and cities across Ukraine.

Zelenskyy is expected to leave Washington with pledges of a massive $1.8 billion military aid package that would help his country defend itself from Russian aggression. The latest military hardware from the US would include for the first time a Patriot missile battery and precision guided bombs for fighter jets, US officials said Tuesday.

Peskov also confirmed media reports that Russian President Vladimir Putin will not deliver his annual state-of-the-nation address this year. Peskov wouldn’t comment on the reason for postponing the address until next year, saying only that it has to do with Putin’s “work schedule.”

Some Russian media have linked the decision to a war in which Russia long lost its momentum. Earlier this year, the Kremlin also canceled Putin’s yearly press conference, which has taken place every December since 2012.

As Zelenskyy traveled to Washington, Moscow also was involved in high-level diplomacy. The deputy head of Russia’s Security Council, Dmitry Medvedev, met Wednesday with Chinese President Xi Jinping. Medvedev, a former Russian president, said in a video statement that he and Xi discussed an array of topics, including “the conflict in Ukraine.” Medvedev didn’t elaborate.

China has refused to condemn Russia’s invasion of Ukraine and criticized sanctions against Moscow. Beijing has only referred to the invasion as the “Ukraine situation” in deference to Moscow, and accused the US and NATO of provoking Putin by expanding into eastern Europe.

The Ukrainian president’s office reported Wednesday that five civilians were killed and a further 17 wounded by Russian attacks on Tuesday. The General Staff of the Armed Forces of Ukraine said iRussia unleashed five missiles and 16 airstrikes on Ukrainian territory and 61 attacks from multiple-launch rocket systems.

Zelenskyy’s trip to the US comes a day after he made a daring and dangerous visit to the city of Bakhmut in Ukraine’s contested Donetsk province, which he called the hottest spot on the 1,300-kilometer (800-mile) front line.

Capturing Bakhmut would sever Ukraine’s supply lines and open a route for Russian forces to press on toward cities that are key Ukrainian strongholds in the Donetsk province.

In a video released by his office from the Bakhmut visit, Zelenskyy was handed a Ukrainian flag signed by soldiers and alluded to delivering it to US leaders.

“We are not in an easy situation. The enemy is increasing its army. Our people are braver and need more powerful weapons,” the Ukrainian leader said. “We will pass it on from the boys to the Congress, to the president of the United States. We are grateful for their support, but it is not enough. It is a hint – it is not enough.”