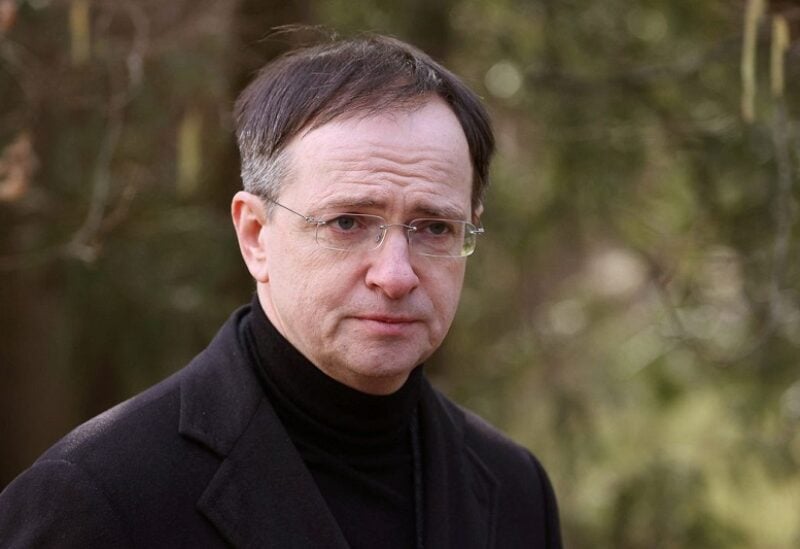 Russia's presidential aide Vladimir Medinsky, head of the Russian delegation, speaks to the media ahead of expected talks with Ukrainian officials, in the Brest region, Belarus March 3, 2022. Maxim Guchek/BelTA/Handout via REUTERS/File Photo

Crisis talks between Moscow and Kyiv over the conflict in Ukraine, which had been conducted in person in Belarus, have continued via a video link, Kremlin spokesperson Dmitry Peskov said on Saturday, according to the RIA news agency.

He said Vladimir Medinsky, who headed Russia’s delegation at the in-person talks, would continue to lead the negotiations on Russia’s behalf.