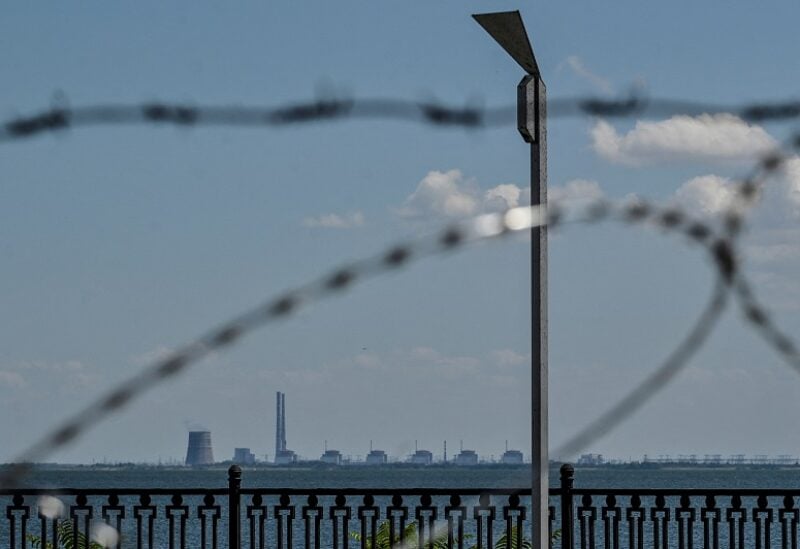 Zaporizhzhia Nuclear Power Plant is seen from an embankment of the Dnipro river in the town of Nikopol, as Russia's attack on Ukraine continues, in Dnipropetrovsk region, Ukraine July 20, 2022. REUTERS/Dmytro Smolienko

While a bridge in the Russian-controlled Kherson region was reportedly damaged by shelling, the US Department of Defense believes Russia is installing proxy officials in order to seize Ukrainian land.
Russia is making preparations to annex further Ukrainian territory, according to US National Security Council spokesperson John Kirby.

“Russia is laying the groundwork to annex Ukrainian territory that it controls in direct violation of Ukraine’s sovereignty,” Kirby told journalists late Tuesday.

“Russia is beginning to roll out a version of what you could call an annexation playbook, very similar to the one we saw in 2014,” he said in reference to the annexation of the Ukrainian Crimean Peninsula by Russia forces at that time.

Moscow has labeled its attack on Ukraine a “special military operation” to guarantee its security. In recent months, Russia has concentrated its efforts on the eastern Donbas region.

The US is expected to unveil a new weapons package for Ukraine in the coming days, as Russia’s invasion presses on.
On the other hand, Germany’s national rail operator Deutsche Bahn is planning to transport grain exports from Ukraine to the German ports of Rostock, Hamburg and Brake, among other places.

Russia’s invasion of Ukraine, a major global supplier of grain, has disrupted sea exports from the country, threatening food security in many countries. Russian warships as well as mines laid by Kyiv have blocked shipments across the Black Sea.

Deutsche Bahn said its network, initially set up to transport relief goods, will now be used to bring “as much grain as possible” to seaports by freight train, a spokesperson said.

Many of the trains will pass through Romania, which shares a long border with Ukraine and has the infrastructure to transport agricultural goods.