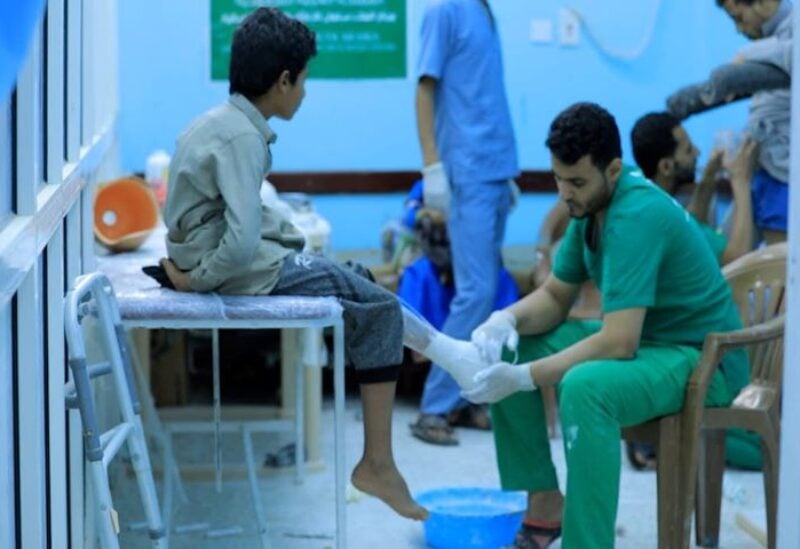 The King Salman Humanitarian Aid and Relief Center has signed $15 million in contracts with the World Health Organization to help Yemen’s health sector.

Dr. Abdullah Al-Rabeeah, General Supervisor of KSrelief, and Dr. Ahmed Al-Mandhari, WHO Regional Director for the Eastern Mediterranean, signed the agreements on Sunday.

The agreements are being carried out as part of the Yemen Humanitarian Response Plan.

The first agreement calls for the Yemeni health system to be bolstered with basic and life-saving medical equipment. According to KSrelief, this includes new laboratory methods and drugs to treat infectious infections.

This arrangement, at $11.2 million, would help 1.27 million people in numerous Yemeni governorates.
The second agreement calls for the installation of five oxygen stations as well as the logistical means to transport gas, train hospital workers, and maintain the stations in the governorates of Shabwa, Marib, Abyan, and Hadramout, with the goal of “increasing the readiness of health facilities (and) sustaining health services.”

At a cost of $1 million, it will benefit 41,738 individuals.
The third agreement will fund logistical services related to the COVID-19 vaccination for 10% of Yemen’s population, with the goal of enhancing vaccine awareness and adoption.

The final agreement, worth $2.8 million in total, is expected to benefit 886,341 people in Yemen’s governorates.

Al-Rabeeah lauded Saudi Arabia and WHO for their collaboration in addressing human suffering wherever it occurred.

He stated that KSrelief has collaborated with the UN organization on various initiatives for the benefit of Yemenis in recent years. According to him, these projects have had a significant influence in combating various illnesses and pandemics, the most recent of which being COVID-19. He also lauded the country’s collaborative efforts to combat the cholera scourge.

According to Al-Mandhari, the Kingdom, as represented by KSrelief, has sponsored UN initiatives all around the world.

“Through these agreements signed today, we have launched a new chapter in our collaboration,” he added. “We hope that this partnership will continue and extend in Yemen, the region, and beyond.”