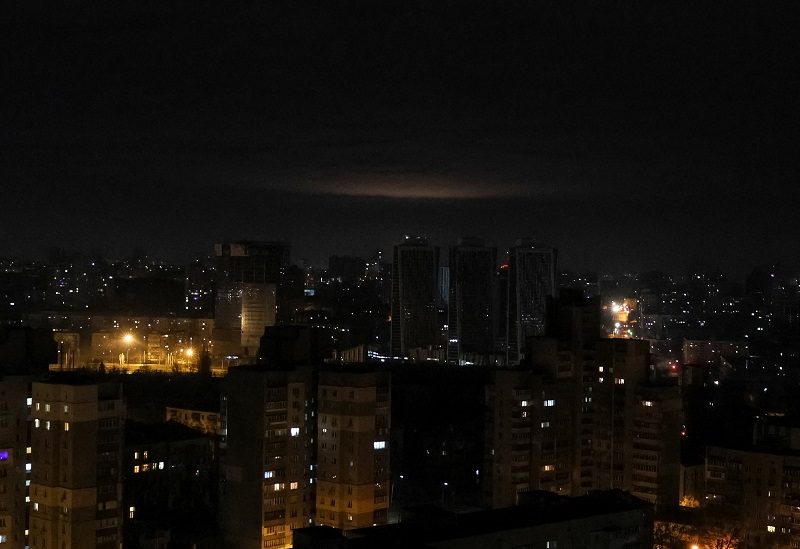 A glow from explosion is seen over the city's skyline during a Russian drones strike, amid Russia's attack on Ukraine, in Kyiv, Ukraine January 1, 2023. REUTERS/Gleb Garanich

Kyiv Mayor Vitali Klitschko said that 40 exploding drones “headed for Kyiv” overnight, all of which were destroyed. Twenty-two drones were destroyed over Kyiv, three in the outlying Kyiv region and 15 over neighboring provinces.

Klitschko said energy infrastructure was destroyed in Kyiv, and one explosion occurred. A 19-year-old man who was injured in a blast in the Desnyanskyi district was being treated at a hospital.

Ukrainian Officials said seven drones were shot down over the southern Mykolaiv region, and three more were shot down in the southeastern Dnipropetrovsk region.
Former NATO General Hans-Lothar Domröse said in a newspaper interview that Ukraine “will have a cease-fire in the course of 2023.”

The former general in the German armed forces said both Russia and Ukraine would launch offensives in the near future, but he expected a slowdown in the early summer.

“That would be the moment for cease-fire negotiations,” said Domröse.

He said one solution could be for Zelenskyy to give up his demand that territories occupied by Russia, such as Crimea, be reintegrated into Ukraine.

The route has been disrupted since October by Ukrainian artillery. If Ukraine gained control, it would make it more difficult for Russia to defend Kremina, according to the regular intelligence update.