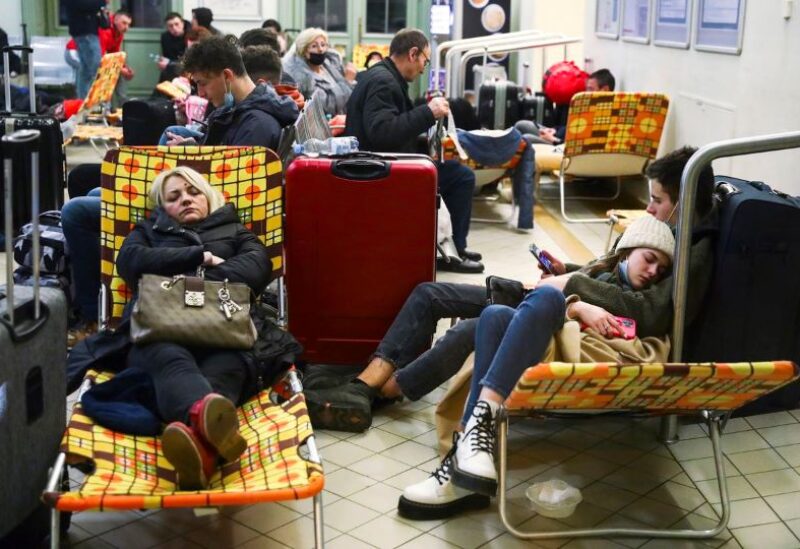 Residents of Kyiv have taken to refuge in the city’s deep subterranean metro stations, battling boredom as they wait for what will happen next. Air raid sirens and the thump of explosions have become a common night time sound for residents of Kyiv.

Despite the fact that Kyiv has escaped the heavy shelling that has hit towns like Kharkiv and Mariupol, police estimate at least 60 civilians have been killed in the capital since Russia invaded Ukraine on February 24.

Early morning blasts, loud across the city, have become a way of life, with missile debris destroying hundreds of residential buildings and making regular life impossible.

Natalia Nochevchuk, an architect who has been hiding at the city’s Syrets metro station since the beginning of the fighting, said she has been dividing her time between her home and the underground for more than three weeks.

“I go to my apartment occasionally to shower and cook, but for the night, I have to return to the shelter since it is unquestionably one of the safest places to sleep.”

Ukraine has accused Russian forces of committing war crimes by deliberately bombarding residential areas, while the Kremlin has denied targeting civilians during what it calls a “special military operation.”

Long lines of automobiles have been departing Kyiv in recent weeks as Russian forces have massed outside the capital, leaving the streets hauntingly silent as thousands have joined an exodus that has seen at least 3 million Ukrainians flee their nation.

Those who have persevered can rest assured that the metro will provide a safe night’s sleep.

Reduced subterranean services continue to run through Syrets station, but the platform has been transformed by tents and improvised bedding, with families settling there night after night, sometimes with their pets.

As the days pass and the battle continues, finding ways to pass the time, particularly for families with children, becomes a continual challenge.

“Life here is boring,” said security guard Alexander Ivochenko, who was sheltering with his wife Katarina and their two tiny children Danila and Kira. “We have nothing to do here but look after the kids and keep our personal hygiene as clean as possible.”