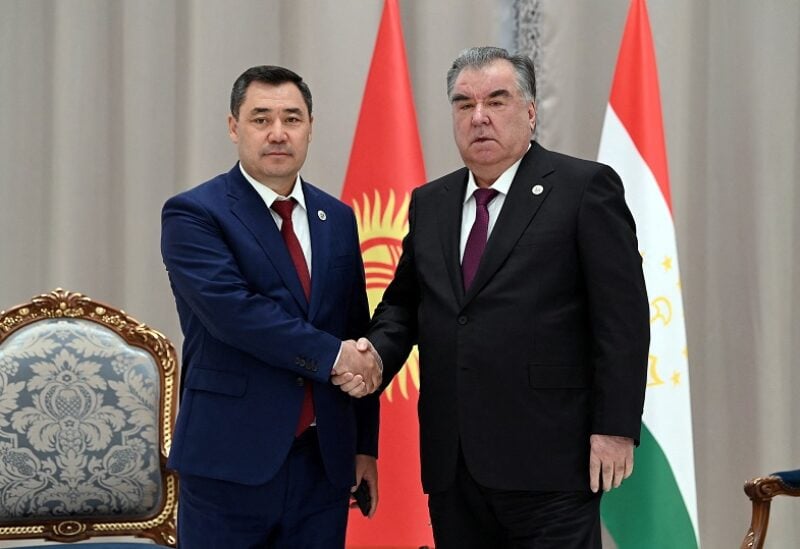 The Kyrgyz-Tajik border disputes which have killed dozens, were discussed by phone between Kyrgyzstan’s Foreign Minister Zheenbek Kulubaev and UN chief Antonio Guterres.
The Kyrgyzstan Foreign Ministry said Kulubaev informed Guterres “on human casualties, including among the civilian population, internally displaced persons, the destruction of numerous social and civil infrastructure facilities, including schools and residential buildings, and the facts of looting of property of Kyrgyz citizens.”
He also told Guterres about “political and diplomatic efforts undertaken at different levels to de-escalate tensions.”
Guterres “stressed the need of prevention of further aggravation of the conflict and the importance of resolving it only through a constructive peaceful dialogue between the sides,” according to the statement.
The UN chief expressed his readiness to meet Kyrgyz President Sadyr Zhaparov in New York on Sept. 20.
The last conflict on the Kyrgyz-Tajik border occurred Sept. 14.
The armed conflict intensified and lasted exactly 10 hours.
It was claimed that the Tajik side took the Kyrgyz border villages of Kulundu, Maksat and Jani-Jer settlements under fire and modern weapons and equipment were used in the conflict.
The Kyrgyz side said 24 people were killed and 129 injured in the fighting.
Approximately 136,000 residents from Kyrgyz villages near Tajikistan were evacuated to safe places.
Kyrgyzstan declared a state of emergency in the Batken region, where clashes with Tajikistan border guards took place.
The two countries decided to establish a commission to resolve the border dispute, but cease-fire violations are occasionally made at the border.