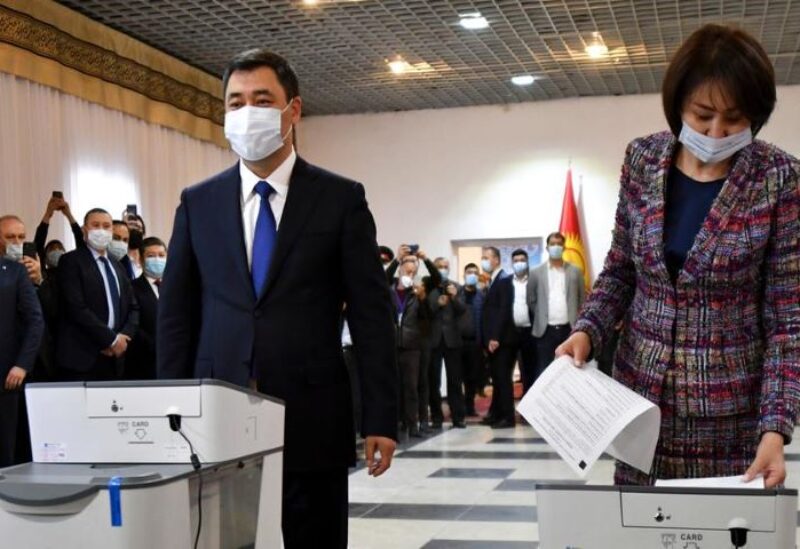 According to early results, Kyrgyz President Sadyr Japarov’s allies were ready to win Sunday’s legislative election by a landslide, further strengthening his hold on the Central Asian nation with close links to Russia and China.

A Russian military airfield in Kyrgyzstan enables Moscow to extend influence throughout the region, even to Afghanistan.

With votes from more than 90% of polling stations counted, opposition party Butun Kyrgyzstan had earned 6.8 percent of the vote, with the remainder divided among a slew of pro-presidential parties.

Japarov, 52, took power in the aftermath of the October 2020 legislative elections, the results of which a number of political groups refused to acknowledge.

Japarov became prime minister within days of being released from jail, where he was serving a term for a political stunt involving the abduction of a province governor, and then successfully campaigned for president on a nationalist and populist platform.

Aside from enacting constitutional amendments to bolster the presidency, Japarov’s most significant achievement thus far has been the de facto nationalization of Canada’s Centerra Gold (CG.TOenormous’s) Kumtor gold mine, which has sparked an ongoing court struggle.

Japarov has maintained the former Soviet republic’s historically tight relations with Russia and has rejected requests that the US construct a military installation in the nation in addition to the current Russian site.

This week, the national security service, led by Japarov’s close buddy, announced that it had foiled a coup plot by an unknown group of former top officials and parliament members.

In Sunday’s election, around 1,300 candidates from 21 political parties competed for 90 parliamentary seats under a hybrid system in which some seats are given to constituencies and others are distributed among parties.

To win any seats, parties needed to reach a 5% threshold.

“I voted for someone based on their track record, for people whose work I’ve seen,” Bakytbek, a 35-year-old construction engineer, said after voting at a polling station where coronavirus precautions included voters having their temperatures taken by people wearing protective suits before being allowed to enter.