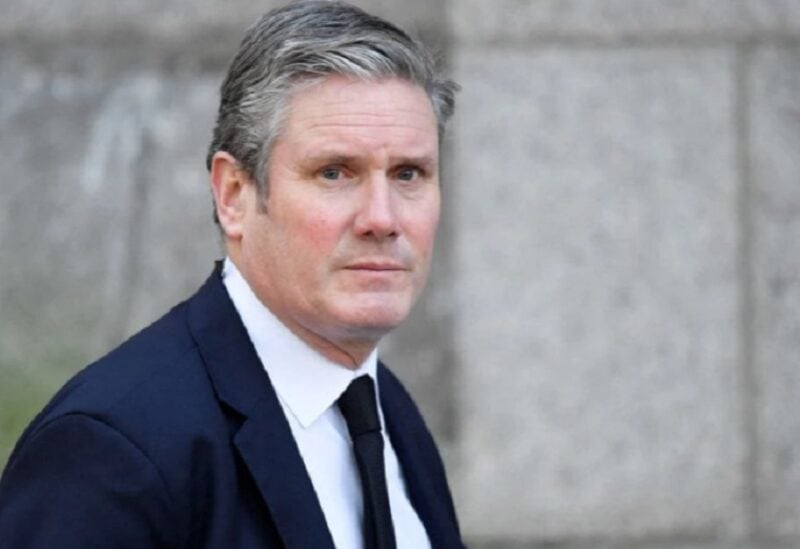 Britain's Labour Party leader Keir Starmer arrives for the remembrance mass of MP David Amess, who was stabbed to death during a meeting with constituents, at Westminster Cathedral in London, Britain, November 23, 2021. REUTERS/Toby Melville

British opposition Labour leader Keir Starmer pledged on Monday to decentralize power away from Westminster if his party wins the next election, saying he would give local governments more say over transportation, housing, and jobs.

Starmer, whose centre-left Labour Party is polling ahead of the ruling Conservative Party, has been under pressure to give voters a clearer picture of how he might govern before an election widely expected in 2024.

In response to the government’s effort to “level up” the country by tackling regional inequalities, Starmer said this could only be achieved by delivering “the biggest ever transfer of power from Westminster to the British people”.

With people struggling with rising prices, energy bills and a breakdown in public services, Starmer is directing his aim at devolution as a way to drive up economic growth and unify Britain, where political divisions still linger from the country’s exit from the European Union.

“People up and down this country are crying out for a new approach,” he said, unveiling a report by a commission led by Labour’s former prime minister, Gordon Brown, who was at the presentation.

“If Labour wins the next election Britain will see a change not just in who governs but in how we are governed. The tools to a fairer society and a stronger economy placed directly in the hands of the working people.”

The report presents 40 recommendations including handing local communities new powers over skills, transport, planning and culture to drive growth, Labour said in a statement. This, the party says, will enable the emergence of hundreds of “clusters” of economic activity in cities and towns.

The party would also replace the unelected House of Lords (upper house of parliament) with “a new smaller, democratically elected second chamber”, Starmer said, adding such a chamber would better represent Britain’s regions and be less expensive.

Starmer said he would want to deliver on the recommendations as quickly as possible, hopefully in the first five years of a Labour government, after launching a consultation now.

Labour is holding a more than 20 point lead over the Conservatives in opinion polls, but Starmer’s approval ratings have fallen overall since August, and several in the party are calling on him to do more to set out his plans.

On Sunday, Conservative Party Chairman Nadhim Zahawi told Sky News his party was “in rebuilding mode now to make sure that we will be ready and fit for purpose … for a general election in 2024”, and questioned the robustness of Labour’s lead.

“Now, if you dig beneath the data, I’d be worried if I was Keir Starmer, because if you look at his numbers, it’s very soft.”