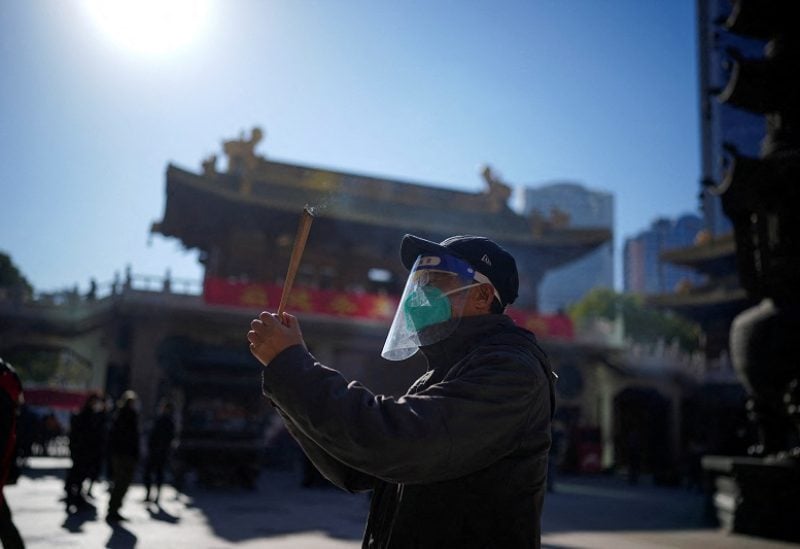 While there is no reports of new variants to date, moves by the US, Japan and others to mandate COVID-19 tests for passengers arriving from China, reflect global concern that new variants could emerge in its ongoing explosive outbreak — and the government may not inform the rest of the world quickly enough.
There have been no . But given the country’s track record, the worry is that China may not be sharing data on any signs of evolving strains that could spark fresh outbreaks elsewhere.
The US, in announcing a negative test requirement Wednesday for passengers from China, cited both the surge in infections and what it said was a lack of information, including the genomic sequencing of the virus strains in the country.
Wang Pi-Sheng, the head of Taiwan’s epidemic command center, said Thursday that uncertainty about the situation in China has his government worried. Authorities will start testing everyone arriving from China on January 1 ahead of the expected return of about 30,000 Taiwanese for the Lunar New Year holiday later in the month.
“Right now the pandemic situation in China is not transparent,” he said. “We have a very limited grasp on its information, and it’s not very accurate.”
Japanese Prime Minister Fumio Kishida expressed a similar concern about a lack of information when he announced a testing requirement for passengers from China earlier this week.
More broadly, the World Health Organization needs more information on the severity of the outbreak in China, particularly on hospital and ICU admissions, “in order to make a comprehensive risk assessment of the situation on the ground,” WHO Director-General Tedros Adhanom Ghebreyesus said last week.
India, South Korea, Taiwan and Italy have also announced various testing requirements for passengers from China. German health authorities are monitoring the situation but have not taken similar preemptive steps.
“We have no indication that a more dangerous variant has developed in this outbreak in China that would be grounds to declare a virus variant area, which would bring corresponding travel restrictions,” Health Ministry spokesperson Sebastian Guelde said.
Chinese Foreign Ministry spokeswoman Mao Ning said last week that China has always shared its information responsibly with the WHO.
“We stand ready to work with the international community in solidarity to tackle the COVID-19 challenge more effectively, better protect people’s lives and health and jointly restore steady economic growth and build a global community of health for all,” she said.
China rolled back many of its tough pandemic restrictions earlier this month, allowing the virus to spread rapidly in a country that had seen relatively few infections since an initial devastating outbreak in the city of Wuhan in early 2020.
The global concerns, tinged with anger, are a direct result of the ruling Communist Party’s sudden exit from its hard-line policies, said Miles Yu, director of the China Center at the Hudson Institute, a conservative think tank in Washington, D.C.
“You can’t conduct the lunacy of ‘zero-COVID’ lockdowns for such a long period of time … and then suddenly unleash a multitude of the infected from a caged China to the world,” risking major outbreaks elsewhere, Yu said in an email.
In China, the spiraling infections have led to shortages of cold medicine, long lines at fever clinics, and at-capacity emergency rooms turning away patients. Cremations have risen several-fold, with a request from overburdened funeral homes in the southern city of Guangzhou for families to postpone funeral services until next month.
Chinese state media has not reported this widely and blamed Western media for hyping up the situation.
“This type of rhetoric is driven by bias, intended to smear China and politically motivated,” Wang Wenbin, another Foreign Ministry spokesperson, said Wednesday.
The government has been accused of controlling information about the outbreak since the start of the pandemic.
An AP investigation showed that China was controlling dissemination of its internal research on the origins of COVID-19 in 2020. A WHO expert group said in a report this year that “key pieces of data” were still missing on the how the pandemic began and called for a more in-depth investigation.