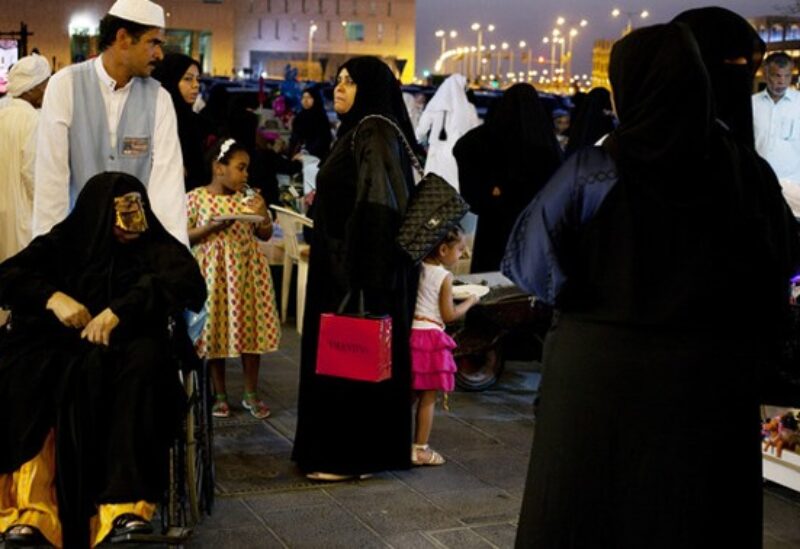 Human Rights Watch urged Qatar, on Monday, to abolish male guardianship rules that prevent women from making independent decisions regarding their basic rights such as marriage, travel, and access to reproductive health care.

The Qatari Government Communication Office said in a statement that the government continues to implement policies that achieve freedom for women and the ability to make their decisions, and to expand these policies.

The New York-based organization said that after Qatar took the lead on women’s rights in matters such as education and social protection, it is now lagging behind its Gulf neighbors after Saudi Arabia in 2019 allowed adult women to travel without permission.

One of the 50 women interviewed by the organization described women’s life as akin to “permanent quarantine”.

A Qatari woman, now 40, says her parents have refused to allow her to accept a scholarship to study abroad.

The organization said that unmarried Qatari women under the age of 25 require a guardian’s approval to travel abroad. Husbands and fathers have the right to prevent women from traveling at any age.

She added, “Male guardianship enhances men’s power and control over women’s lives and choices, and may encourage or fuel violence, which leaves women with few viable options to escape the abuse of their families and husbands.”

The human rights record in Qatar is highlighted in light of its readiness to host the 2022 FIFA World Cup, especially with regard to the conditions of expatriate workers in which Doha has implemented labor reforms.

Qatar described the Human Rights Watch report as inaccurate, but said it would investigate the cases mentioned.

On Sunday, the Qatar Olympic Committee announced that it would conduct a review to encourage gender equality.

Last year, Qatar allowed women to obtain a driver’s license without permission from a male guardian, but the requirement of a male guardian’s approval of marriage remains in effect.

Human Rights Watch said that women cannot act as guardians of their children, even if the children are in their legal custody.

The organization added that women are increasingly demanding their rights, but laws restricting freedom of expression and assembly, and intimidation by government agencies and online harassment remain obstacles to them.