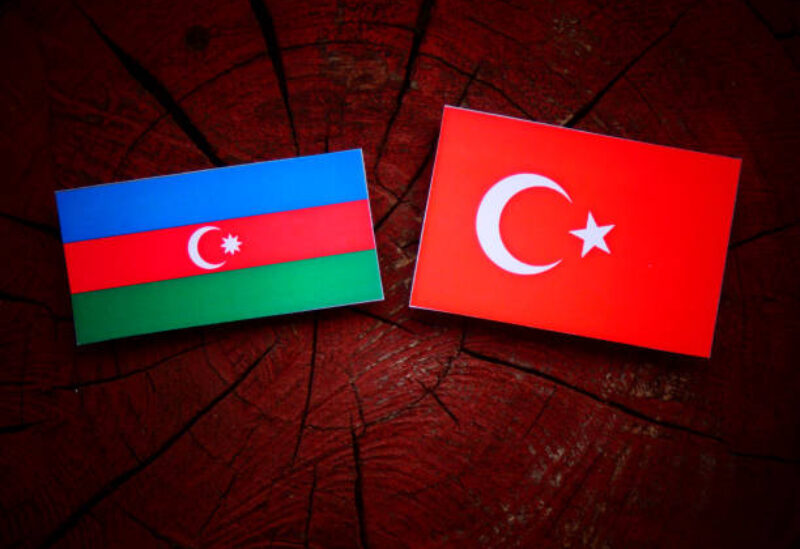 Azerbaijan flag with Turkish flag on a tree stump isolated

A whole year has passed to the landmark Shusha Declaration signed by Türkiye and Azerbaijan to take bilateral relations to the level of alliance.

“Declaration of Shusha on the Relations of Alliance Between the Republic of Türkiye and the Republic of Azerbaijan” was signed by the presidents of the two countries on June 15, 2021 at Shusha in Karabakh, Azerbaijan.

The declaration is the first document signed between Ankara and Baku which includes the word “alliance.”

The parties in the declaration have pledged support for each other on significant issues at both international and regional levels.

Additionally, both countries expressed that they are determined to take the relations forward in many fields such as military, defense industry technologies, energy, transportation, economic and humanitarian relations.

With the Shusha Declaration, Türkiye and Azerbaijan expressed their determination to act jointly in the case of a threat or an attack on the independence, sovereignty, territorial integrity of any of the parties, or the security of their internationally recognized borders.

The declaration carries importance in terms of not only the relations between the two countries, but also their intent for regional cooperation.

The Shusha Declaration, which Turkish President Recep Tayyip Erdogan described as a “new-era roadmap for relations between Türkiye and Azerbaijan,” is also cited as a guarantee that no new aggression will be allowed in the region, as well as deepening regional cooperation and integration in the Turkic world.

Türkiye was a key backer of Azerbaijan during the 44-day Nagorno-Karabakh war between Azerbaijan and Armenia, which erupted on Sept. 27, 2020 and ended with a Russian-brokered cease-fire and sizeable Azerbaijani gains on Nov. 10.