Landslides in Venezuela kill at least 43 as more deaths feared 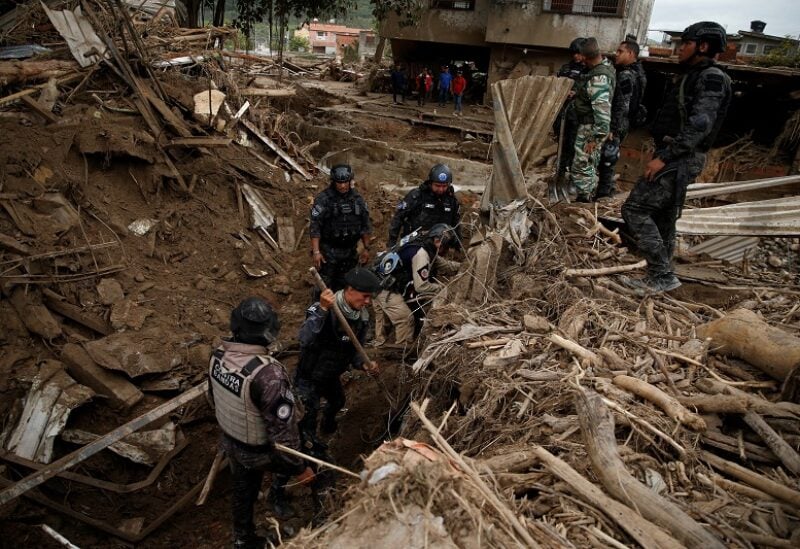 The death toll from landslides and heavy rains in the city of Las Tejerias in Aragua state has risen to 43 and is feared to exceed 100, said Venezuela’s vice president.

Delcy Rodriguez provided the latest figures during a live televised broadcast at the location in a video link with President Nicolas Maduro.

“Finally, president, while we were connected with you, the number of the dead we have found has already reached 43. This means that the work does not stop and that we continue,” Rodriguez said.

The briefing came hours after Maduro reported that 39 people were dead and 56 were missing.

But according to him, the number of victims could be much higher. ​​​​​​​

“We are reaching almost a hundred fatalities in this tragedy,” he said.

Rodriguez pledged that as soon as the live transmission was over, her team would continue to gather testimonies from the victims “house by house.”

Regarding the actions taken by the government to assist those affected by the disaster, the authorities have said that water as well as 300 tons of food have been distributed to local residents.

In addition, Rodriguez said that up to 95% of the power grid and eight out of 19 water wells had been restored.

Due to the extensive damage in the area, various collection points were activated nationwide to support families in Las Tejerias.

While visiting the affected region, President Maduro expressed confidence in the efforts to rebuild the settlement.

“You can rest assured that we are going to get it all back,” he said.