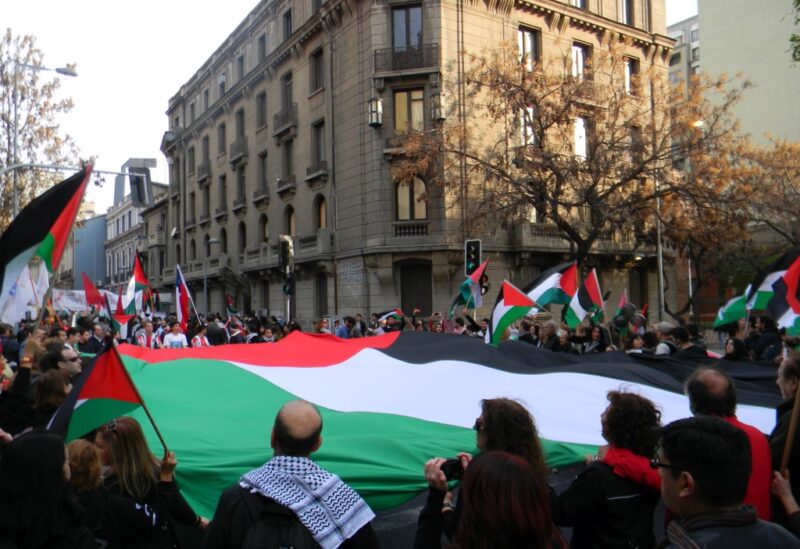 Organisations from across Latin America have come together to “strongly condemn brutal Zionist terrorism and the ongoing Israeli atrocities against believers and protesters in the Al-Aqsa Mosque compound”, they said in a statement.

The statement said the groups also denounced “attempts to evict the residents of the Sheikh Jarrah neighborhood and the current military attacks by the Israeli occupying forces against civilians, which are not an exception to the systematic historical oppression that the Palestinian people have endured for more than 70 years.”

“These is part of the Zionist plan of ethnic cleansing and Apartheid against the Palestinians, in their attempt to Judaize the Palestinian lands and the Holy City of Jerusalem,” they added.

The groups, which are based in Mexico, Argentina, Brazil, Bolivia, Colombia, Guatemala, Honduras, Paraguay, Peru, and numerous other Latin American states, described Israel’s actions as “nothing but pure terrorism, and constitute war crimes and crimes against humanity”. They called for “urgent action is required, and not empty words and condemnations.”

“Just as in South Africa there were international pressure measures, such as the application of sanctions, which ended the Apartheid measures, a similar response is required from the international community to put pressure on the Israeli regime to stop its killer policies,” they concluded.

Israeli attacks on Palestinian protesters demanding an end to the forced eviction of families from their homes in occupied East Jerusalem to make way for illegal settlers have intensified over the past week. Israeli occupation forces stormed Al-Aqsa Mosque on numerous occasions, shot and abused Palestinian worshippers as they prayed the nightly Ramadan prayers. In response, resistance factions fired rockets into Israel. Israel, which continuously strikes the besieged Gaza Strip throughout the year, then increased its attacks and levelled numerous housing blocks, and killed 35 Palestinians including ten children. Five Israelis have also been killed.

Israeli occupation authorities have also closed off  Gaza’s fishing waters and blocked all crossing in and out of the Strip, imprisoning its two million population. Some 60,000 people have been affected by the arbitrary sea closures. Previous reports have shown that at least 90 per cent of Gaza’s fishermen live below the poverty line .