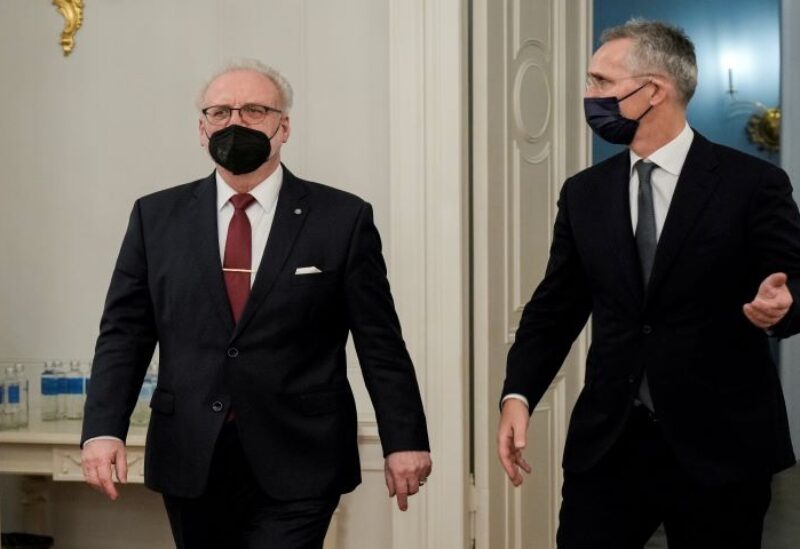 Latvia needs a permanent US military presence to deter Russia and wants to strengthen its defenses with US Patriot missiles, Defense Minister Artis Pabriks said on Monday while visiting ally soldiers in the Baltic country.

US Secretary of State Antony Blinken was scheduled to arrive in Latvia’s capital Riga late Monday before meeting with 29 NATO peers on Tuesday. The alliance is concerned about Russia’s military buildup near Ukraine’s borders.

“We need more foreign help,” Pabriks told Reuters. “We would want to see a permanent (military) presence of the United States in our nation. And for sea and air defense, it means relying on systems like Patriot (surface-to-air missiles).”

NATO forces were practicing battle maneuvers in a wintry Latvian woods with camouflaged tanks and live ammunition, with 1,500 men attempting to thwart an attack on Riga by disrupting and halting the unnamed adversary’s march north of the city.

Since July 2017, NATO has deployed four multinational battalion-size battlegroups to protect Poland and the Baltic nations of Lithuania, Latvia, and Estonia, in response to Russia’s annexation of Crimea in 2014 and Moscow’s backing for rebels in eastern Ukraine.

Moscow claims it has no plans to invade the Baltics or Poland, and accuses NATO of destabilizing Europe by relocating troops closer to Russia’s frontiers. According to NATO Secretary-General Jens Stoltenberg, there is “no imminent threat” to NATO.

According to Western sources, Russia gathered 100,000 troops on its border with Ukraine in May, the greatest number since the invasion of Crimea in 2014. According to NATO, there was another significant military buildup on Ukraine’s border this month.

The Baltic republics are seen as NATO’s most vulnerable flank since they are only connected to the alliance’s main territory via the Suwalki gap, a 60 km (37 mile) land corridor between Poland and Lithuania.

Military analysts worry that Russia, via Belarus, might close the gap, establishing a land route to its strongly guarded Baltic Sea exclave of Kaliningrad.

Experts warn that while US forces are stationed in Germany, they may not be able to reach the Baltics quickly enough in the case of an assault.

“We have revisionism going on in Russia right now… from that viewpoint, we cannot be late here,” Pabriks added, alluding to Russian President Vladimir Putin’s assertion that if given the chance to change contemporary Russian history, he would reverse the fall of the Soviet Union.