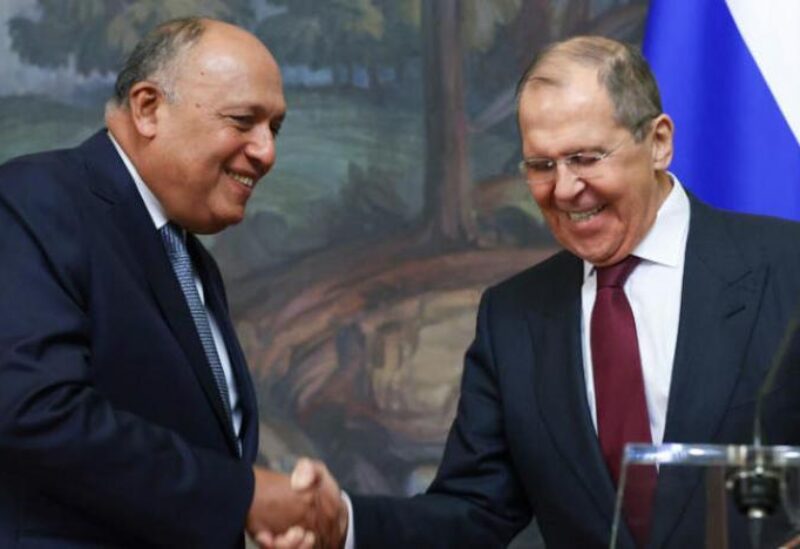 Russian Foreign Minister Sergey Lavrov and his Egyptian counterpart, Sameh Shoukry, have discussed bilateral ties and regional crises in the Middle East and North Africa, including Syria. The two appeared to see eye to eye on the priorities in dealing with a settlement in Syria.

Before the meeting in Moscow, the Russian foreign ministry stressed the importance of the issues on the agenda of Moscow and Cairo and stressed the quest to expand Russian-Egyptian cooperation in various fields, especially in the framework of cooperation to settle outstanding issues in the region and advance bilateral relations.

In a joint press conference at the end of their meeting, Lavrov and Shoukry revealed that the first part of their discussions focused on bilateral cooperation between Moscow and Cairo, especially in mega projects like setting up the first Egyptian nuclear power plant with Russian technology and establishing a Russian industrial zone near the Suez Canal.

Talks between the two top diplomats covered a variety of issues, including Libya. Lavrov and Shoukry agreed on the need to continue the UN-sponsored dialogue in Libya and holding elections there on time.

The two also stressed the need for all foreign forces to exit Libya, but Lavrov clarified that his country underlines the need for the withdrawal to be gradual.

On Palestinian, the two sides stressed the need to return to the path of settlement on the basis of international resolutions and in a manner that leads to the implementation of the principle of a two state solution.

More so, Shoukry said that he discussed latest developments on the Grand Ethiopian Renaissance Dam [GERD], and efforts to reach a binding legal solution on filling and operating the dam.

Shoukry thanked Russia for the support that Egypt received when addressing the GERD in the Security Council and said that Cairo is looking forward to continuing cooperation between the two countries in this regard.