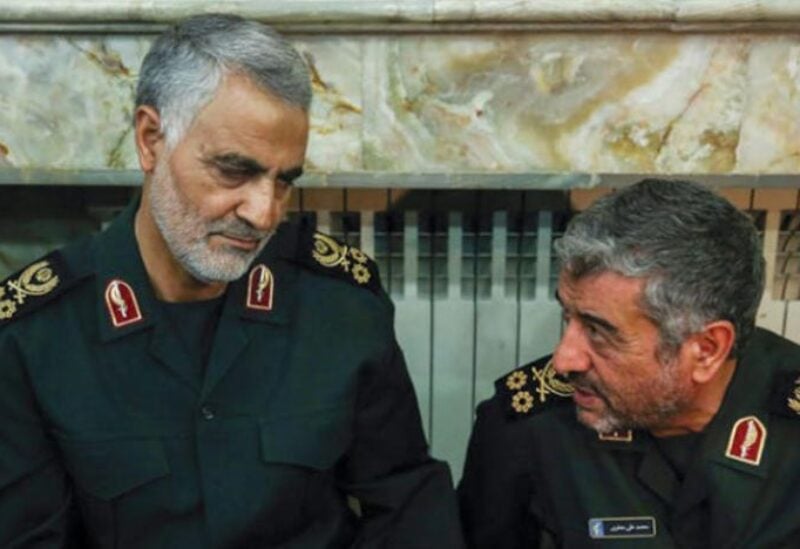 Fars Agency, affiliated with the IRGC, confirmed the leaked recording, saying it will release “more accurate information” on the case.

Jafari and Zolghadr discussed the role of Speaker Mohammad Bagher Ghalibaf and the former mayor in the corruption case of Yas Holding Company, one of the most prominent companies of the Cooperative Foundation.

The two officials also discussed the embezzlement of 8,000 billion tomans, which Jafari said embarrassed Qassim Soleimani, former chief of al-Quds Force, who was assassinated by the US in January 2020.

Reformist Shargh newspaper quoted an unnamed informed source who said that the file was published three years ago by BBC Persian, adding that it is not a new issue and the persons involved in the case were brought before the court.

The newspaper questioned whether the new audio was a “discovery” or a “leak” of information, referring to former leaks, including the audio of former Foreign Minister Mohammed Javad Zarif and file of former nuclear negotiator Saeed Jalili.

He told the ILNA news agency that “it is a bitter reality,” but the authorities must accept that there is a leak, which is hard to determine, but not impossible.

Meshkini said he heard the audio several times, but the “haters could not achieve what they wanted,” adding that the enemy cannot harm the IRGC’s popularity with this psychological war.

Member of the Economic Committee MP Mojtaba Tavangar accused the foreign media of attacking the regime and people’s security.

“If some people try to use this audio file, they are inadvertently or deliberately spreading propaganda against the regime and completing the enemies’ attack on IRGC,” Tavangar told the state-run ISNA news agency.

The MP admitted that transgressions are not surprising in any entity, but most importantly, they should be identified and treated, and offenders should be punished.

The lawmaker called for a “decisive and frank review” of the case, saying a judgment was issued regarding the violations, still a large part of the allegations are false.