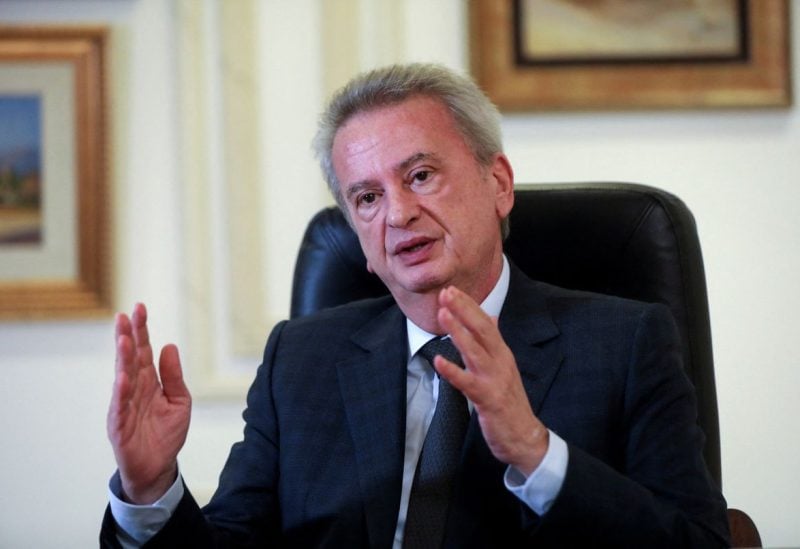 Lebanon will soon appoint a new prosecutor in a stalled corruption probe into the central bank governor, a move that could delay responses to cooperation requests by European investigators conducting their own inquiry, a senior judge said.

Ghassan Oueidat, Lebanon’s top prosecutor, told Reuters on Tuesday the new prosecutor would be named “in the coming days” and would be tasked with filing charges against governor Riad Salameh before referring the case to an investigative judge.

Confirming comments he made to Asharq Al-Awsat, Oueidat said the judge could then request a delay in responding to judicial cooperation requests by European judges pending the Lebanese judge’s own investigations.

Salameh faces investigations in Lebanon and at least five other countries for alleged embezzlement and money laundering of more than $300 million at the central bank by him and his brother Raja.

Both Salameh and his brother have denied any wrongdoing.

Lawyer Nizar Saghieh of watchdog NGO Legal Agenda said the presence of French, German and Luxembourg investigators in Beirut this week could have piled pressure on the Lebanese judiciary to demonstrate progress.

The European investigators are questioning commercial bankers, central bank employees and others to move forward a cross-border corruption probe into Salameh.

In November, Lebanon’s most senior judge said political meddling in judicial work had led to a chaotic situation that required a “revolution in approaches” to resolve.

Several senior judges have resigned over the past year citing living conditions and demoralization over the obstruction of high-profile cases, including the probe into the August 2020 Beirut port blast that left more than 215 people dead.

A Lebanese judge concluded an 18-month preliminary probe into Salameh last summer but the investigation stalled when the prosecutor recused himself and was later removed from the case following a complaint from Salameh.