Li Qiang, the man poised to become China’s next premier 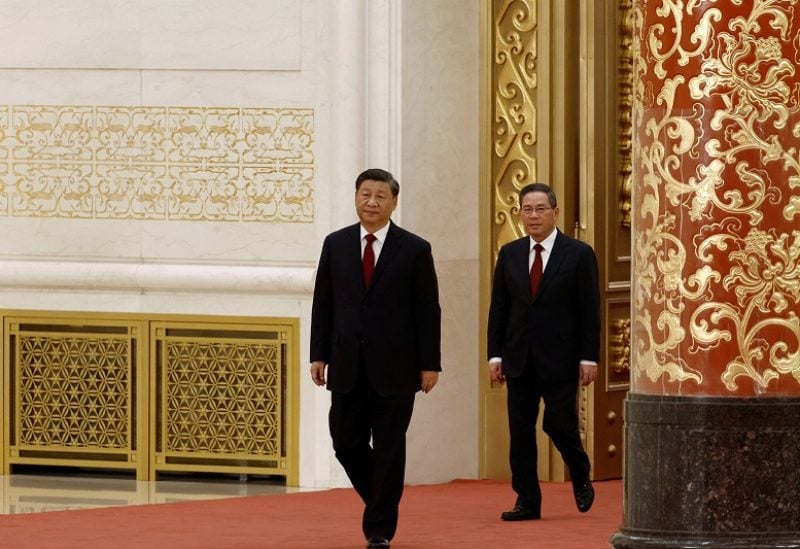 New Politburo Standing Committee members Xi Jinping and Li Qiang arrive to meet the media following the 20th National Congress of the Communist Party of China, at the Great Hall of the People in Beijing, China October 23, 2022. REUTERS/Tingshu Wang

After Li Keqiang steps down in March next year, it is so obvious now who will become China’s next premier. Reportedly, Communist Party of China (CPC) Shanghai chief Li Qiang followed President Xi Jinping onto the stage at the Great Hall of the People on Sunday as the curtains came down on the once-in-five-year party congress.

That Li walked behind Xi was enough to suggest that the Chinese president had finally picked his no. 2. According to domain experts, the Shanghai party boss has managed to leapfrog other much-qualified candidates, solely because of his personal history with Xi.

Xi is extremely selective when it comes to who makes the close circle around him. And Li has been one of the few men that has followed Xi for the majority of his life. Their connection dates back to 2004 when Xi was CPC’s Zhejiang province chief.
At the time, Li was his chief of staff or in more popular parlance, his right-hand man. The association lasted three years till 2007 when Xi left for Shanghai to pursue his national-level goals.

Xi, however, rewarded the loyalty of Li by making him the governor of Zhejiang and later, the party secretary of Jiangsu province. The move was aimed at granting Li the regional experience of managing the party so that when the time came for taking on bigger duties for Xi, he was prepared.

After Xi became the president in 2012, Li remained in touch with him. Up until 2017, Li even drafted and edited numerous speeches of Xi while accompanying him whenever he came to Zhejiang or Jiangsu.

In the same year, Xi gave another promotion to Li and brought him to Shanghai and made him the party chief pf the region.

Xi’s trust in Li can be gauged from the fact that despite having a rather muddled policy regarding Covid in Shanghai, Li managed to receive the nod.
Experts believe that Li simply executed the orders passed along by Xi and weathered the criticism from the detractors, making him all the more loyal and indispensable to the CPC general secretary.

However, unlike his predecessor Li Keqiang who had the courage to defy Xi on occasion, Li may have a hard road ahead as he owes his entire political career to the benevolence of Xi.