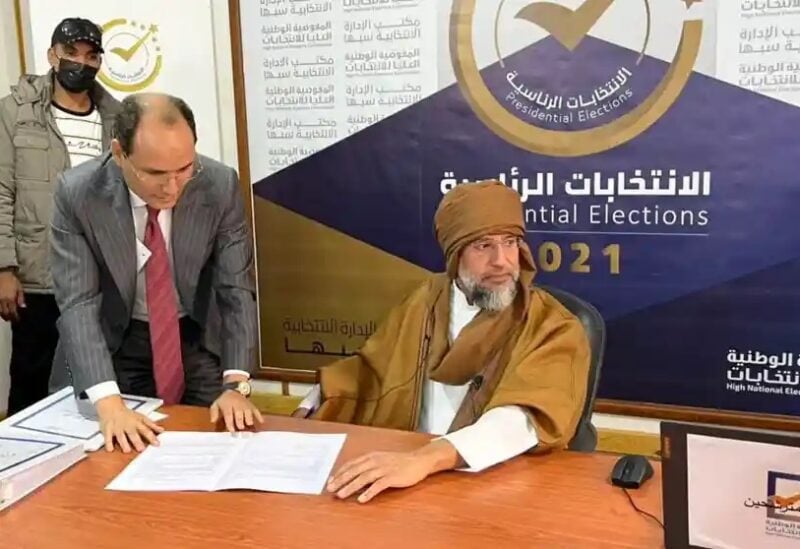 Saying that website and social media accounts of the electoral commission were hit by “cyber-attacks”, Libya’s elections commission, on Monday, denied reports about rejecting the candidacy application of Saif Al-Islam Al-Gaddafi, the son of former Libyan ruler, Muammar Gaddafi.
Commission spokesman, Khaled el-Mennai, explained that websites that published reports about rejecting the candidate application of Saif Al-Islam Gaddafi removed them shortly afterwards.
“There was no decision (taken by the commission) regarding Saif Al-Islam’s candidacy,” el-Mennai said.
On Sunday, Saif al-Islam submitted his application to run in Libya’s upcoming 24 December presidential election.
Libya’s presidential and parliamentary elections are set to take place on 24 December under an UN-sponsored agreement reached by Libyan political rivals during meetings in Tunisia on 15 November 2020.
On 8 November, the oil-rich country’s electoral commission opened registration for candidates in the polls, despite ongoing tensions between the parliament, the High Council of State, and the unity government regarding electoral powers and laws.
Libyans hope that the upcoming elections will contribute to ending an armed conflict that has plagued the oil-rich country for years.