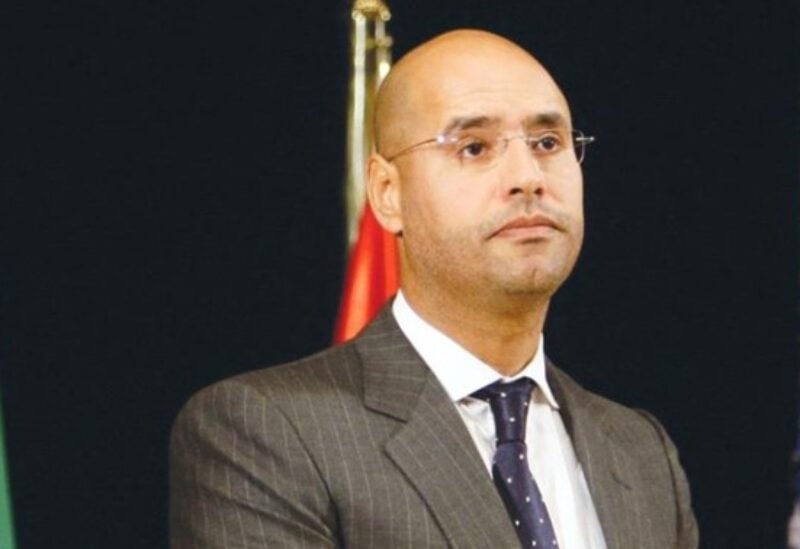 As arguments intensified over the conduct of an election aimed at ending a decade of turmoil, a Libyan court ruled on Thursday that the late leader Muammar Qaddafi’s son could run for president, his lawyer said
Seif Al-Islam Qaddafi’s appeal against disqualification for the Dec. 24 vote was delayed for days as fighters blocked off the court, one of several incidents that may foreshadow wider election unrest.
In another incident on Thursday, the elections commission said armed men had stormed five election centers in western Libya, stealing ballot cards.
Analysts fear a contested vote, or one with clear violations, could derail a peace process that this year led to the formation of a unity government in an effort to bridge the rift between warring eastern and western factions.
A final list of candidates for the election has not yet been released amid a chaotic appeals process after the election commission initially disqualified 25 of the 98 who registered to run for president.
Qaddafi, who was sentenced to death by a Tripoli court in absentia in 2015 for warcrimes committed during the failed battle to save his father’s 40-year rule from a NATO-backed uprising, is one of several divisive candidates in the race.
He is a figurehead for Libyans still loyal to the former government of his father, whose toppling and death in 2011 heralded a decade of strife. After his lawyer announced the decision, his supporters celebrated in the streets across Sebha, witnesses said.
However, many other Libyans, including in the armed groups that hold the balance of power across swathes of the country, view his presence on the ballot as unacceptable after the bloody struggle to oust his father.
The blockade of the Sebha court this week by fighters allied to eastern commander Khalifa Haftar indicated the potential chaos that the planned election could unleash with armed groups backing or opposing rival candidates.
Haftar, whose Libyan National Army (LNA) controls much of eastern and southern Libya, is himself a candidate for the election. The LNA said the units allied to it had been protecting the court rather than blocking it.