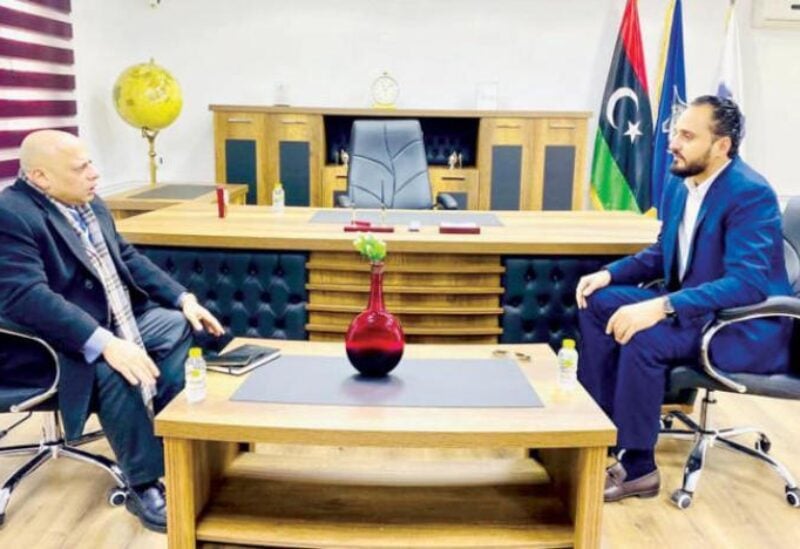 The meeting came in light of demands by families of many Egyptian detainees that relevant authorities take action to return them to the country.

According to a statement by the Libyan Interior Ministry, the officials discussed their possible voluntary deportation after overcoming obstacles through cooperation with Cairo.

Mostafa was briefed on the migrants’ living and health conditions inside irregular camps.

The ministry said Mostafa and Khouja agreed on various issues that would help resolve this matter soon.

Unofficial reports said shelter centers in Libya house dozens of illegal migrants from Egypt, most of whom are living in “harsh conditions” and are subjected to “inhumane treatment,” according to some of those who were able to flee.

Egyptian citizens who spoke to Asharq Al-Awsat complained about the detention of their relatives in centers under tragic conditions.

One of the shelters is the Bir al-Ghanam camp for irregular migrants is located southwest of Tripoli.

On January 6, the Anti-Illegal Migration Agency deported 17 Egyptians from Mitiga International Airport in coordination with their embassy in Tripoli, which issued for them temporary travel documents.

According to some sources concerned with human rights and the irregular immigration in Libya, Bir al-Ghanam camp includes more than a thousand migrants, most of whom are Egyptians, and are being mistreated.