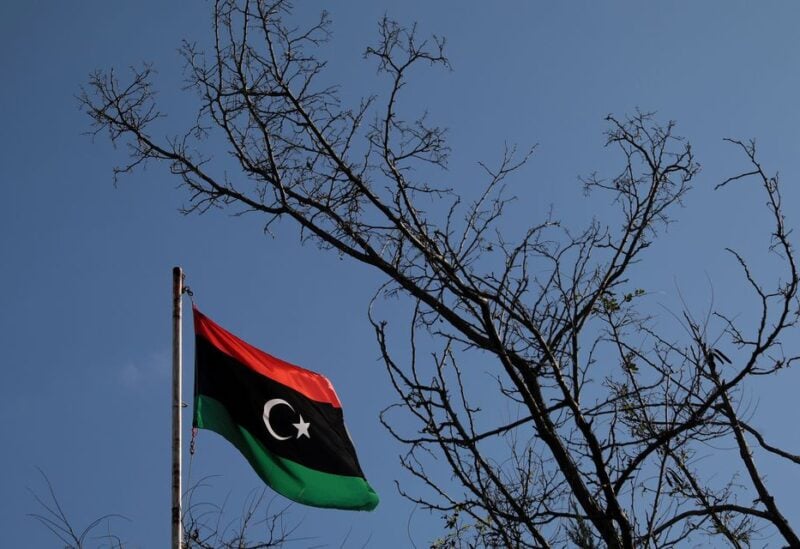 A Libyan flag flutters atop the Libyan Consulate in Athens, Greece, on December 6, 2019. REUTERS/Costas Baltas/File Photo

As the interim Commander-in-Chief of the Army, The Libyan Presidential Council, discussed with Chief of the General Staff Mohamed Al-Haddad on Tuesday ways of establishing clear mechanisms to unify the military establishment in the country, Anadolu has reported.
The meeting for this purpose brought together the head of the Presidential Council, Mohamed Al-Manfi and his deputies Abdullah Al-Lafi and Musa Al-Kawni with Al-Haddad in the capital, Tripoli. An official statement pointed out that they discussed issues relating to a unified army free of political interference. A joint committee is to be created for this purpose.
According to the Presidential Council, the meeting was “a significant step” towards unification of the military establishment. “This will act as a safety valve for the state and help in the state-building project.”
Also on the agenda was border security, illegal immigration and organised crime, as well as the formulation of comprehensive plans to organise militias and other armed groups throughout the country.
On Saturday, Al-Haddad met with Abd Al-Razak Al-Nazouri, the militia commander of retired Field Marshal Khalifa Haftar to discuss ways to achieve the same objective for armed forces in Libya. Their meeting was welcomed by the international community, including the UN Support Mission in Libya.
The oil-rich country has suffered from armed conflict for years. Backed by Arab and Western states, Haftar’s militia with the assistance of foreign mercenaries fought for years against the former Government of National Accord. The GNA was the internationally-recognised government of Libya.