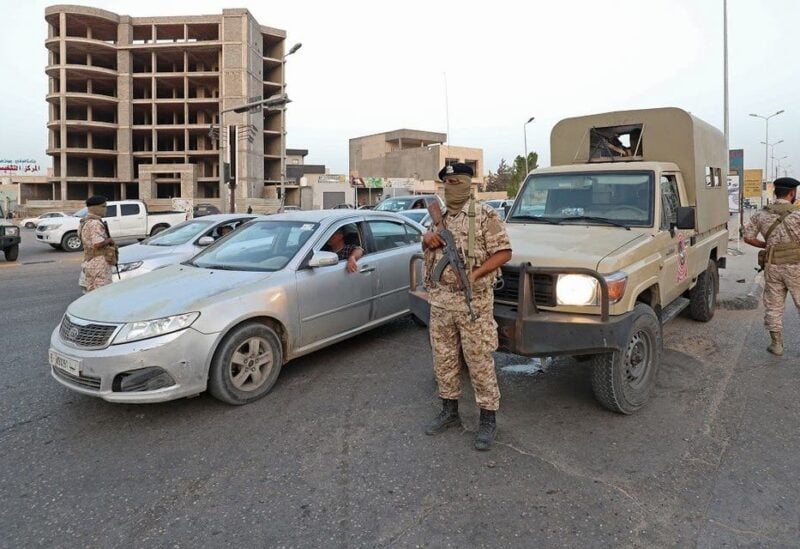 Libyan soldiers man a checkpoint southeast of the capital Tripoli, on September 4, 2021, after clashes near the Tekbali barracks, the headquarters of 444 Brigade. (Mahmud Turkia/AFP)

Libyan authorities said Tuesday that government forces have arrested a senior ISIS figure in an operation south of the capital Tripoli.

Prime Minister Abdul Hamid Dbeibah of the North African country’s interim government wrote on Twitter that the capture of Embarak al-Khazimi was “a great success for our security forces.”

Libya’s chief prosecutor had sought al-Khazimi with a warrant since 2017.

His arrest “will allow us to gather vital information about ISIS and bring a dangerous terrorist to justice,” Dbeibah added.

Forces from the interior and defense ministries had earlier announced al-Khazimi’s arrest at Bani Walid, around 170 kilometers (105 miles) from Tripoli on the northern fringe of the Libyan desert.

Plunged into chaos in 2011 when Muammar Gaddafi regime’s collapsed, Libya has been divided between rival power centers and torn by bloody conflict involving militias, foreign fighters and extremist groups.

ISIS fighters set up base in the towns of Sirte and Derna before being driven out in 2016 and 2018.

The group’s members are now holed up in the desert or hiding among the population along the coast, but remain a threat to the country and its neighbors.