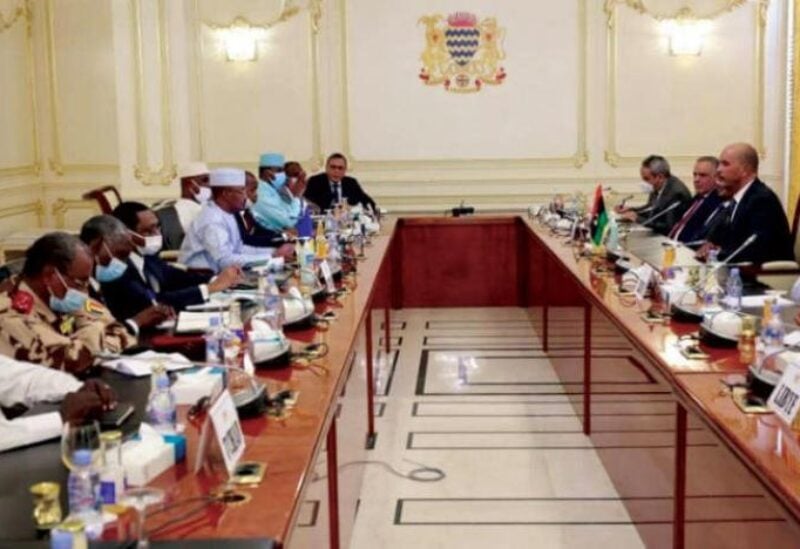 Libya, Sudan, and Chad agreed to exert more efforts to secure their borders to prevent the spread of crimes and curb illegal immigration.

Deputy Head of the Libyan Presidential Council Mossa al-Koni announced after an African tour, which included Sudan and Chad, that he discussed with senior officials all issues relating to joint borders.

Koni noted that Chairman of Sudan’s Sovereign Council Abdel Fattah al-Burhan, along with the ministers and officials, expressed their desire to resolve illegal immigration, border security, and fight armed groups that violate Sudanese and Libyan laws.

In a press conference held Thursday upon his arrival in Tripoli, he said that the countries agreed to draw a practical road map to curb security breaches and criminal actions.

Koni touched on his discussions with Commander of the Chadian Military Council Mohammed Idriss Deby, which addressed the infiltration of Chadian rebels into Libyan territory.

They agreed on the necessity of removing the Chadian armed factions from Libyan territory, reported Libyan News Agency (LANA).

Koni confirmed that he had discussed with the Chadian side returning the General Secretariat of Community of Sahel–the Saharan States to Tripoli.

Deby suggested reviving the quadripartite agreement by forming a joint military force on the border with Libya to prevent the incursion of rebel groups.

A quartet agreement, signed by Libya, Chad, Niger, and Sudan in May 2018, stipulates the deployment of forces to secure the joint border and combat cross-border crimes and illegal immigration.