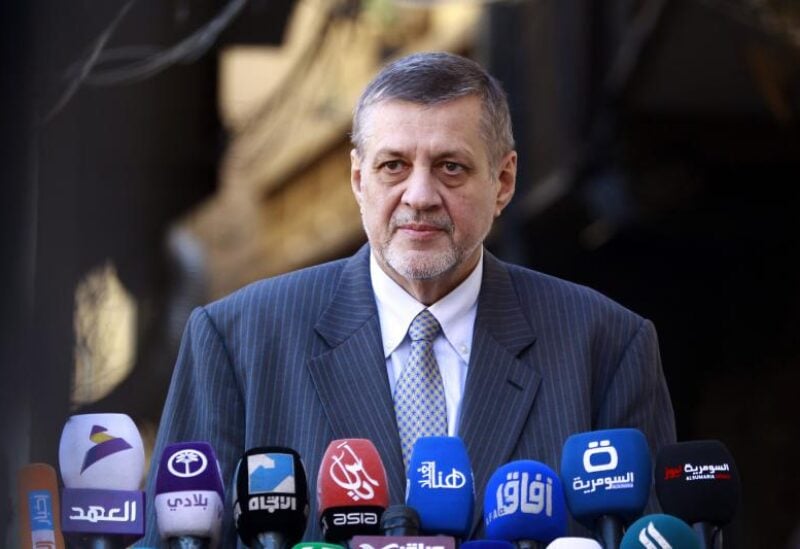 Libyan Political Dialogue Forum (LPDF) resumed its virtual meetings to discuss the constitutional basis for presidential and parliamentary elections, as prepared by the Legal Committee.

Speaking at the opening session, UN Secretary-General’s Special Envoy for Libya Jan Kubis, reiterated the need to focus discussions on the “constitutional basis for elections”, especially regarding the method of electing the president and eligibility criteria.

Kubis asserted the Forum’s pivotal role, calling on all participants to meet the challenges and hold elections on time.

“There was a strong support, near unanimity, on the proposal of holding elections first.”

The envoy warned that it is not acceptable to hinder the political transition process and the elections, noting that it will be evaluated as such by the Libyan people and the international community.

He also suggested the lawmakers clarify, after consulting with the High Council of State, the constitutional and legal framework of the elections within two or three weeks.

The upcoming ministerial meeting of the Berlin Process, scheduled for June 23, will assess the progress or lack thereof, regarding the preparations for the elections, and other issues, said Kubis.

He also suggested calling on the Presidency Council, and all relevant institutions and authorities, to push for concrete initiatives for national reconciliation and confidence-building.

The Presidential Council and the unity government should communicate with all concerned parties before the elections, ensuring the adoption of a national charter and a “pre-agreement on electoral code of conduct and on accepting electoral results” which he described as an “essential element for the political process.”

“All political actors must be allowed to campaign freely, voters must be allowed to vote freely, and all must accept the results of the ballot box,” said Kubis, asserting the need to adhere to the main principles and measures necessary for free, safe, inclusive and democratic elections.

Pro-state news agency in Tripoli said some members of the forum submitted remarks on the constitutional basis proposal, including the issue of the legal oath, conditions for running for the presidency and the cabinet, financial rewards, and cultural components.

The US embassy in Libya considered that the forum members have an opportunity to make history again, by submitting a constitutional basis to the HoR that will make those elections possible without delay.

“The US recognizes the historic role the LPDF has played in Libya’s sovereign push for December elections,” announced the embassy in a tweet, adding that “along with countless Libyans who hope for free and fair elections, the United States will be watching with great interest.”