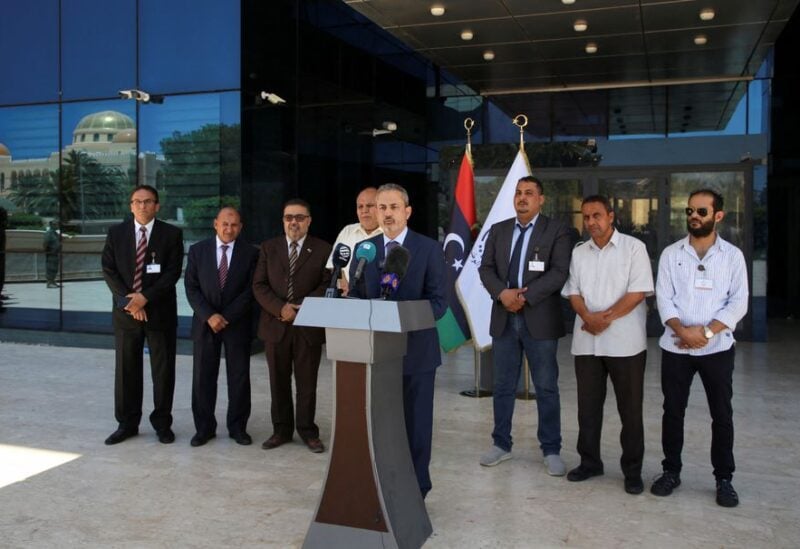 The majority of the key subsidiaries of the firm officially praised his leadership and the new board on Tuesday, while Farhat Bengdara, the new chief of Libya’s National Oil Corporation (NOC), rejected challenges to his appointment.

Bengdara was chosen last week by Prime Minister Abdulhamid al-Dbeibah of the Government of National Unity (GNU), based in Tripoli, to succeed senior NOC leader Mustafa Sanalla. Sanalla and the eastern-based parliament rejected the choice.

The parliament does not recognise the GNU and analysts say the standoff over control of government risks morphing into a dispute over NOC that could lead to splits in a company globally recognised as the sole legitimate producer of Libyan oil.

“I am aware that questions have been raised over the legal basis for my appointment. The Libyan government has the right to appoint the chairman and the board of NOC. I was formally appointed as chairman by the Government of National Unity,” Bengdara said in a statement.

“The GNU’s decision to appoint me as NOC chairman does not represent any change in the legal position of the NOC or in its relationship with the government,” he added.

Libya’s eastern-based parliament, which does not recognise the GNU, has said that Mustafa Sanalla remains NOC’s legitimate chairman. Sanalla has said he will challenge Bengdara’s appointment in court.

Most of NOC’s major subsidiaries and affiliates have publicly recognised Bengdara’s leadership.

Zallaf Libya Oil and Gas, Zueitina Oil, Jowfe Oil Technology Co., Akakus Oil Co. and Mellitah Oil and Gas Co. all put out statements on Tuesday welcoming or recognising the new NOC board. The statements were either on verified social media pages for the companies, or were confirmed to Reuters by company officials.

However Al Waha Co., which issued an identical statement to that of AGOCO but then deleted it, has not yet put it back up or publicly commented. Sirte Oil Co. and Ras Lanuf company have also not publicly commented and Reuters could not immediately reach their officials.

Analysts say Bengdara is seen as close to eastern Libyan commander Khalifa Haftar, long an ally of the eastern-based parliament. They say Dbeibah’s appointment of Bengdara may represent an effort to court Haftar’s support for the GNU.

NOC said four tankers were due to dock in the ports of Zueitina, Es Seder and Ras Lanuf between Tuesday and Thursday to start loading crude.