Lithuania and Germany in talks on more troops in Lithuania, president says 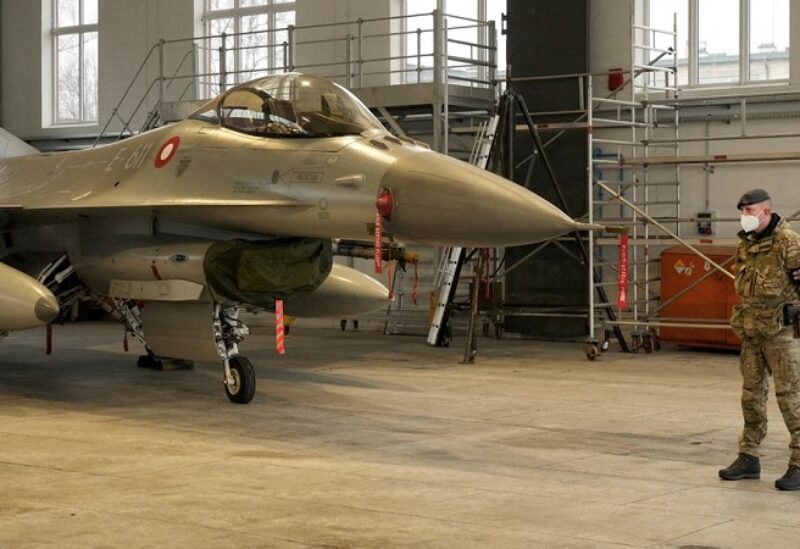 Danish Royal Air Force fighter F-16, arrived as part of enforced air poling mission, is seen in front of the flags of Latvia, Poland, the USA and NATO, during a welcome ceremony in Siauliai military air base, Lithuania January 28, 2022. REUTERS/Ints Kalnins

Lithuania and Germany are in talks on increasing Germany’s military presence in Lithuania “in light of current events”, Lithuanian President Gitanas Nauseda said on Friday.

Russia has amassed tens of thousands of troops near the Ukrainian border while demanding a redrawing of post-Cold War security arrangements in Europe.

“We are talking about possibilities to expand, increase the German and the Enhanced Forward Presence forces in Lithuania, as we need to strengthen the eastern flank of NATO in light of the current events”, Nauseda said at the Siauliai air base.

Germany is leading an international battlegroup of more than 1,000 soldiers in Lithuania, one of four Enhanced Forward Presence missions sent by NATO to the Baltic states and Poland in 2017 in response to Russia annexing Ukraine’s Crimea peninsula.

A German Defence Ministry spokesperson said on Friday he was not aware of plans to increase German military plans in Lithuania.

“There are definitely contingent rotations coming up, but this would not lead to an increase. Of the reinforcement forces, it is not planned to send any to the battlegroup. I do not know anything to the contrary,” he told reporters in Berlin.

Lithuanian Defence Minister Arvydas Anusauskas said plans were already in place for additional allied troops to come to Lithuania, including where they would be deployed. He did not detail the plans.

“The more aggressive is Russian behaviour, the more allies will be in Lithuania”, said Anusauskas.