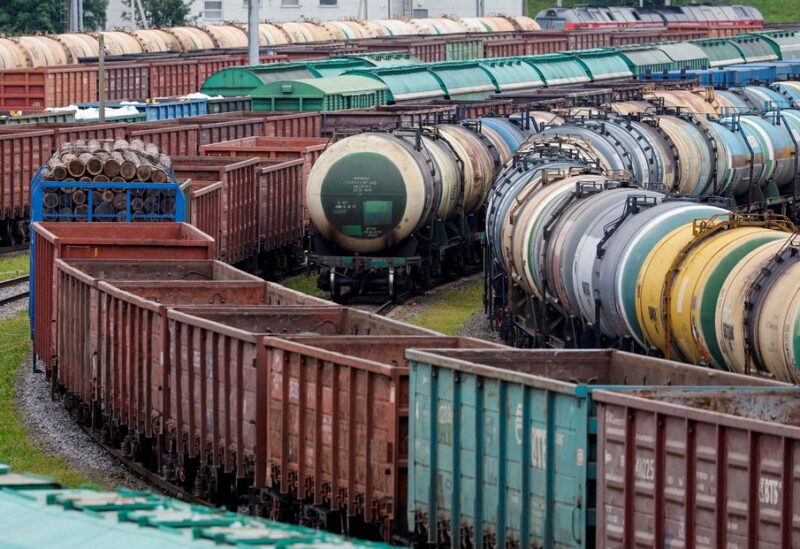 A view shows freight cars, following Lithuania's ban of the transit of goods under EU sanctions through the Russian exclave of Kaliningrad on the Baltic Sea, in Kaliningrad, Russia June 21, 2022. REUTERS/Vitaly Nevar/File Photo

The Baltic state of Lithuania has withdrawn its prohibition on the rail transportation of products subject to sanctions into and out of the Russian region of Kaliningrad, according to the Russian RIA news agency.

Last Monday, the European Union declared that the transit prohibition only applied to road, not rail, transit, and that Lithuania should permit Russia to carry materials like concrete, wood, and alcohol into the exclave across EU territory.

Lithuania had stopped Russia from sending sanctioned goods via rail to Kaliningrad in June, triggering an outcry from Moscow and a promise of swift retaliation.

RIA cited Mantas Dubauskas, spokesman for the state railway company, as saying it had informed customers they could ship goods once again.

“It is possible that some goods will be transported today,” RIA quoted him as telling Lithuanian television.

Separately, Tass news agency cited a Kaliningrad government official as saying 60 wagons of cement would soon be shipped into the exclave.

Kaliningrad is sandwiched between Poland and Lithuania and cut off from the rest of Russia. Russian officials said the ban could have affected up to half of all cargo shipments to Kaliningrad, though Lithuania said only around 15% would be hit.