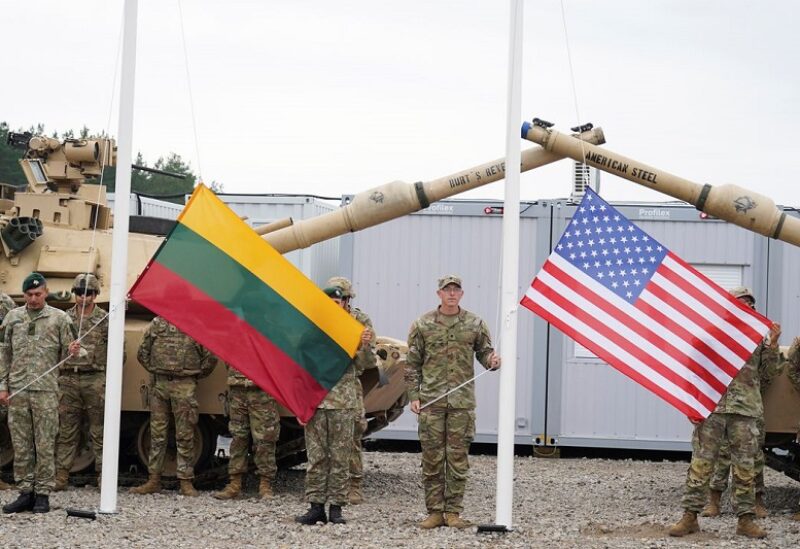 Lithuania will ask the United States to permanently station troops in the country to help boost security, the Baltic nation’s president said on Wednesday.

Gitanas Nauseda spoke after welcoming new rotation of German-led international NATO battle group, deployed in 2017 and soon to include 350 additional German troops in response to Russia massing its troops near Ukraine.

Since 2019 the United States has deployed non-overlapping rotations of its own groups of about 500 troops and equipment in Lithuania, adding to the alliance’s efforts to deter Russia from its vulnerable flank.

“Of course we will be talking to the U.S. to make sure that the rotational U.S. forces would be in Lithuania permanently,” Nauseda told a news conference in Rukla military base.

“That would be the best boost to security and deterrence that NATO could provide not only to Lithuania but to the whole region,” Nauseda said.

Moscow denies plans to invade its neighbour, but is seeking sweeping concessions from the West and has deployed more than 100,000 troops near Ukraine’s borders, including Belarus.

Washington and Brussels have threatened Russia with sanctions if it attacks Ukraine and the United States is sending 3,000 troops to Poland and Romania.

NATO’s military committee chair said on Monday the alliance will move more troops to the Baltics and Poland if Russian forces do not leave Belarus after the planned military exercise.

The Netherlands said on Wednesday it will increase its contribution to the NATO battle group in Lithuania from 270 to 350 troops.

The group and three similar NATO units in Estonia, Latvia and Poland, were deployed by the alliance in response to Russia’s 2014 annexation of Crimea from Ukraine.

The first NATO deployments in the eastern part of the alliance total almost 5,000 troops from 20 out of 30 NATO nations, said NATO Deputy Secretary General Mircea Geoana.

“Strong deterrence and defence, combined with dialog and diplomacy, is key to keeping our nations safe in a more contested world, as we again face Russia’s aggressive rhetoric and force posture”, he said at the ceremony in Rukla.