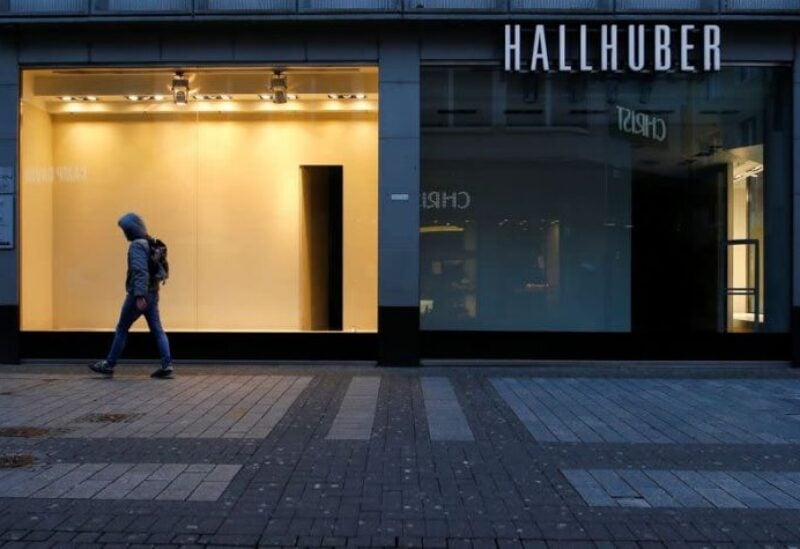 FILE PHOTO: A man walks along a closed shop at the main shopping street Hohe Strasse amid the coronavirus disease (COVID-19) pandemic in Cologne, Germany, March 18, 2021.

German health minister Jens Spahn on Friday dampened hopes that further COVID-19 restrictions will be lifted soon, noting that rising cases could mean that curbs to stem the spread of the virus may have to be re-imposed.

“The rising case numbers may mean that we cannot take further opening steps in the coming weeks. On the contrary, we may even have to take steps backwards,” Spahn told a weekly news conference.

German Chancellor Angela Merkel is set to hold a meeting with leaders of Germany’s 16 federal states on Monday to discuss whether a lockdown that has been in place since mid-December should be extended.

Earlier this month, the group had laid out plans for a gradual re-opening of the economy, and several shops have since been opened for appointment-only shopping.

However, COVID-19 infections numbers have been increasing in recent weeks. The number of confirmed coronavirus cases in Germany rose by 17,482 to 2,629,750, data from the Robert Koch Institute (RKI) for infectious diseases revealed on Friday. The reported death toll increased by 226 to 74,358.

The number of infections per 100,000 people over 7 days rose to 96, up from 72 a week ago and from 65 on March 4, when Merkel and the state premiers put forward their re-opening plan.

Lars Schaade, vice-president of the Robert Koch Institute for infectious diseases, on Friday called on people not to travel over the Easter holiday period as case numbers were rising exponentially.

There was a risk that Germany could be in a similar situation by Easter as it was in at Christmas, he added.

The 7-day incidence reached a high near 200 in late December, soon after Germany went from a “lockdown lite” that started in early November, during which schools and stores were open, to a full shutdown.

According to RKI data, the incidence rate decreased following the shutdown but is back at 96 COVID-19 cases per 100,000 people.