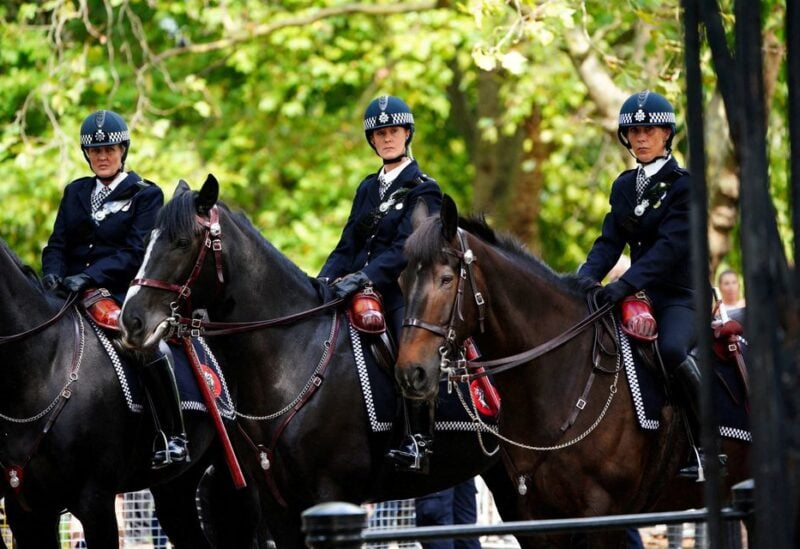 The state funeral of Queen Elizabeth will be the largest security operation ever undertaken by London’s police force, as prime ministers, presidents, and royals gather on Monday to pay their respects.

The queen’s funeral is expected to draw hundreds of thousands of people to London’s streets, echoing other significant events in British history such as her coronation in 1953, Winston Churchill’s funeral in 1965, and Princess Diana’s death in 1997.

Stuart Cundy, London’s Metropolitan Police Deputy Assistant Commissioner, said his force will be deploying the largest number of officers on the city’s streets and the largest protection operation for world leaders and monarchs.

U.S. President Joe Biden and French President Emmanuel Macron are among the most high-profile guests from overseas who have confirmed they will be attending.

Cundy said the massive policing operation would surpass other major policing events in London, including the 2012 Olympics and the celebrations for the queen’s Platinum Jubilee.

“I can confirm that this will be the largest single policing event that the Met Police has ever undertaken,” Cundy told reporters. “The range of officers, police staff and all those supporting the operation is truly immense.”

The police operation will be overseen by Mark Rowley, who is in his first week in the job as the head of London’s police force after previously serving as the national lead for counter-terrorism.

Cundy said the force was preparing for events ranging from terrorism threats to protests and crowd crushes. Additional police officers are being deployed to London from across Britain.

The stabbing of two police officers in central London on Friday was a reminder of the potential threats facing the force.

Cundy said the officers, who are being treated in hospital, had “received significant stab wounds” after tackling a male, and that a knife had been recovered from the scene.

“An incident such as this is something that we are always very mindful when it comes to major events,” he said.

No motive for the stabbings has been given, but Cundy said it was not terrorism-related nor linked to the queen’s funeral.