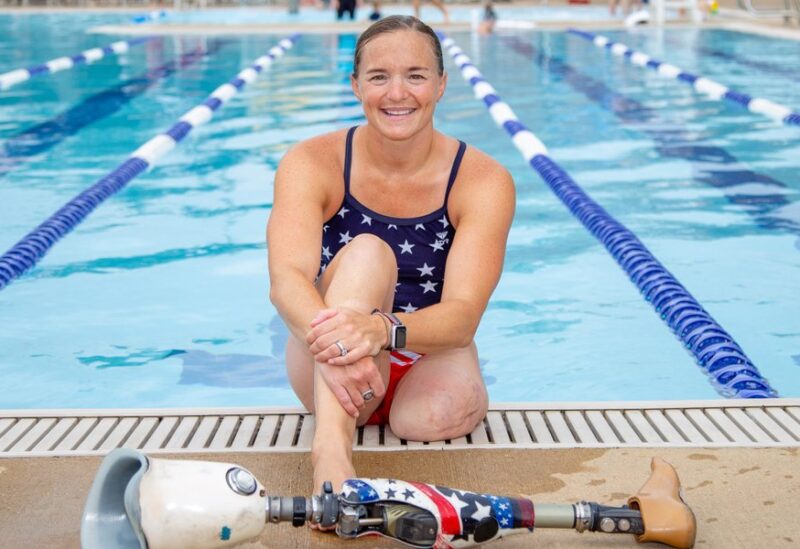 Melissa Stockwell served in the ranks of the US Army during the war in Iraq, and there she lost her leg, but she is looking forward, however, to participate in the Tokyo Olympics this year, according to the American “CBS” network .

Stockwell was the first female officer in the US army to have an accident of this kind, a month after she was sent to Iraq in 2004.

Despite the incident, the former fighter, after rehabilitating, decided to fulfill her childhood Olympic dreams of swimming

She previously participated in the Beijing Paralympic Games in 2008. Later, she decided to switch to competing in “Triathlon”, and won her first world championships in this sport in 2010.

In 2016,she won a bronze medal in the game during the Rio de Janeiro Olympics.

An American athlete, and a former military, was appointed, now, to the Tokyo Olympics.

Stockwell, who lives in a city in Colorado Springs, Colorado, told CBS that despite the skepticism surrounding the possibility of holding the Tokyo Olympics, due to the Corona epidemic, she continued exercises with her team.

“I feel very happy to be back,” she added.

The veteran American fighter said that she is driven to participate in these tournaments by her family, especially her two children (3 and 6 years old), as well as injured soldiers, and that the fulfillment of their dreams should not be hindered by anything, whatever the challenges.