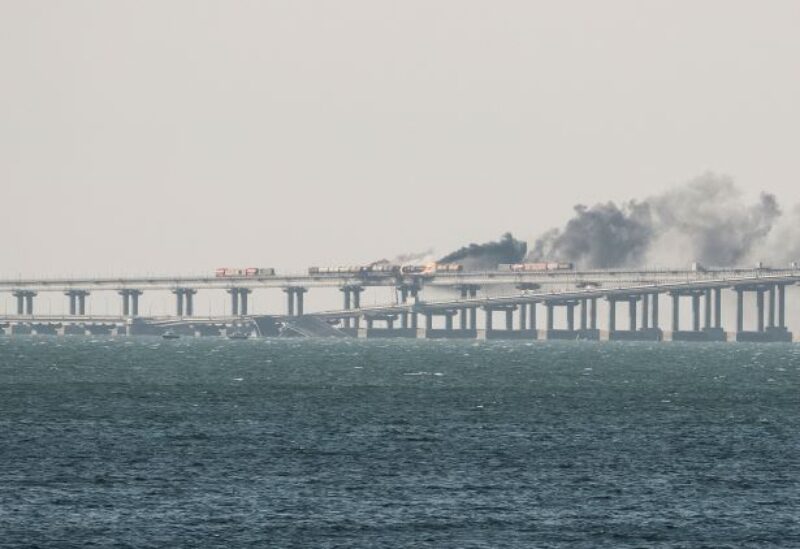 A view shows fuel tanks ablaze and damaged sections of the Kerch bridge in the Kerch Strait, Crimea, October 8, 2022. REUTERS

A big explosion was heard early Monday morning in Russia’s Belgorod area, near the Ukrainian border, a witness told Reuters.

A big blast was heard, and the windows shook, according to the witness.