Macron meets Musk a day after flagging concerns about Twitter 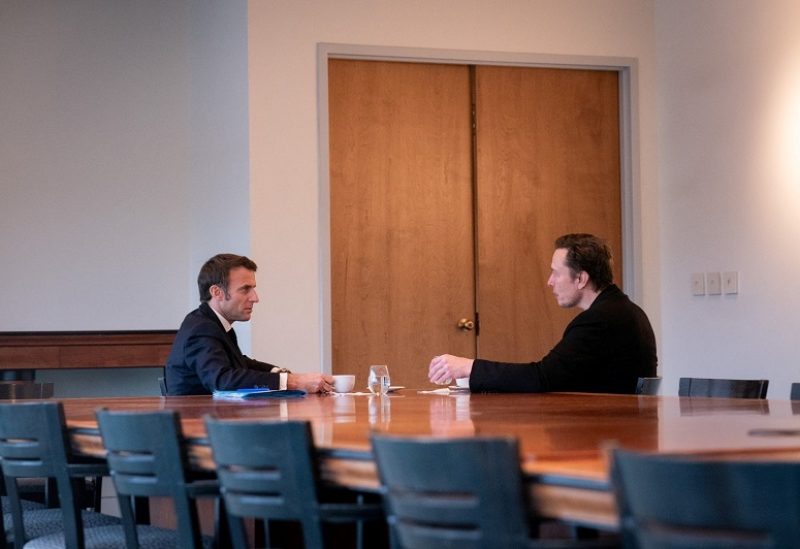 France's President Emmanuel Macron and Elon Musk meet in New Orleans, Louisiana, U.S. in this undated picture obtained from social media and released on December 2, 2022. Twitter @emmanuelmacron/via REUTERS THIS IMAGE HAS BEEN SUPPLIED BY A THIRD PARTY. MANDATORY CREDIT. NO RESALES. NO ARCHIVES.

Just a day after Macron flagged his concerns, French President Emmanuel Macron said on Friday that he had “clear and honest” discussion with Twitter owner Elon Musk about the social media giant’s content moderation policies.
“Transparent user policies, significant reinforcement of content moderation and protection of freedom of speech: efforts have to be made by Twitter to comply with European regulations,” Macron said in a tweet after his meeting with Musk on Friday afternoon.
Macron, who is on a visit to the US, said in an interview on Thursday that he believed there were “responsibilities and limits” to free speech.
Researchers have reported a surge in hate speech on the social media platform after free speech advocate Musk announced an amnesty for accounts suspended under the company’s previous leadership that had not broken the law or engaged in “egregious spam.”
Billionaire Musk took over Twitter on Oct. 27, paying $44 billion for the company, and has moved quickly to initiate a number of changes to product and staff.