Macron says focus of EU presidency to be migration, sovereignty 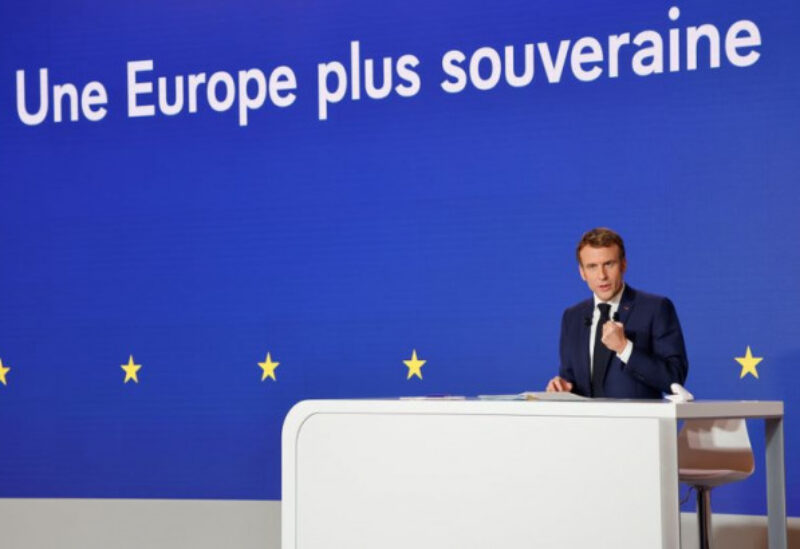 Reinforcing Europe’s sovereignty – from maintaining security and defending companies to better regulating migration – will be a fundamental goal of France’s European Union presidency, according to French President Emmanuel Macron on Thursday.

France assumes the rotating six-month presidency of the EU amid a moment of crisis, including the COVID-19 epidemic and its economic fallout, tensions with Russia, and heightened corporate competition with China and the US.

“We must transition from a Europe of collaboration inside our borders to a Europe that is powerful in the world, completely sovereign, free in its choices, and master of its destiny,” President Macron said at a press conference where he unveiled France’s EU agenda for January to June.

He stated that immigration will be a top concern, at a time when Belarus is accused of fomenting a refugee crisis by flying people in the Middle East and encouraging them to undertake illegal border crossings into EU member nations Poland and Lithuania.

Macron stated that one of France’s suggestions will be to establish an emergency response force to assist EU members experiencing border emergencies.

He also wants the group to hold regular political talks on migration, as it does on economic topics.

The bloc has been deeply divided for years in its response to immigration and how to police the common external borders of its Schengen area, and it remains to be seen how much France can achieve during its presidency of the EU Council of Ministers – which mostly encompasses the agenda for meetings.

But Macron faces a presidential election in April, and conservative and far-right parties are likely to make migration, on which he is viewed by some as a soft touch, a campaign issue.

Key also to ensuring the EU’s sovereignty is to progress on defense issues, Macron said.

Since his election in 2017, Macron has been pushing for the EU to stand independent in terms of security, and no longer rely solely on U.S. military protection inherited from World War Two.

He said he also hoped to ensure that the bloc’s businesses do not suffer from its policies on fighting climate change.

A major aspect there will be pushing for an EU carbon border tax on a series of imports, something already put forward by the EU’s executive Commission to protect European industries from competitors abroad whose manufacturers can produce at lower cost because they are not charged for their carbon output.

Turning to the economic impact of COVID-19, Macron said he would organize an EU growth summit in March. Boosting the bloc’s growth model would require adjusting budget rules to make them more simplified and transparent, he said.