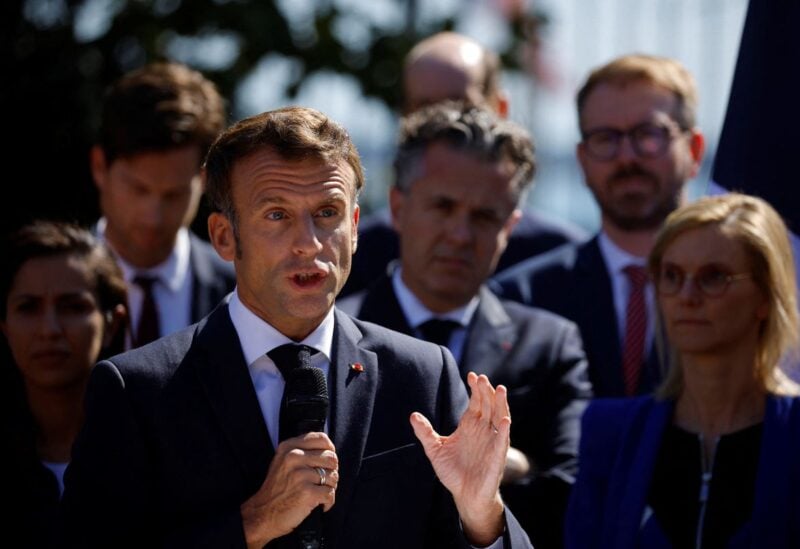 President Emmanuel Macron pledged to reduce bureaucracy to cut the time it takes for renewable energy projects to get off the ground in France in half. He stressed that this was essential because Europe is currently experiencing a severe energy shortage due to the conflict in Ukraine.

Macron visited the nation’s first offshore wind farm, located off Brittany, a project that took ten years to complete and started being connected to the grid this month. Macron stated in February that he wants France to have roughly 50 offshore wind farms by 2050.

“It still takes too much time in France,” Macron said, adding that he wants to halve the time it takes to develop renewable energy projects.

Macron had so far largely focused on plans to further beef up the world’s most nuclear-intensive country’s nuclear energy sector, which is plagued by corrosion problems.

But after a summer of drought, heat waves and fires, he stressed on Thursday that France needs to get serious about renewable energy and speed up processes, including slashing down how long it takes for judicial authorities to examine complaints local communities often file against such projects.

Macron said that while the government was encouraging more energy sobriety, France would have to massively increase its electricity generating capacity as it wants to phase out the use of fossil fuel and replace it with low-carbon power.

Macron said he wants France to double the speed of building wind parks in France.

The government is set to adopt detailed proposals at a cabinet meeting on Monday.

The government wants the whole process for setting up an offshore wind farm – from first plans to it being operational – to be cut from 10 to 12 years now to six years, officials said, stressing that was the average in other European countries.

Other plans include making it easier to find locations to build wind farms or install solar energy panels. The latter could be built on the side of highways or on parking lots, officials said.