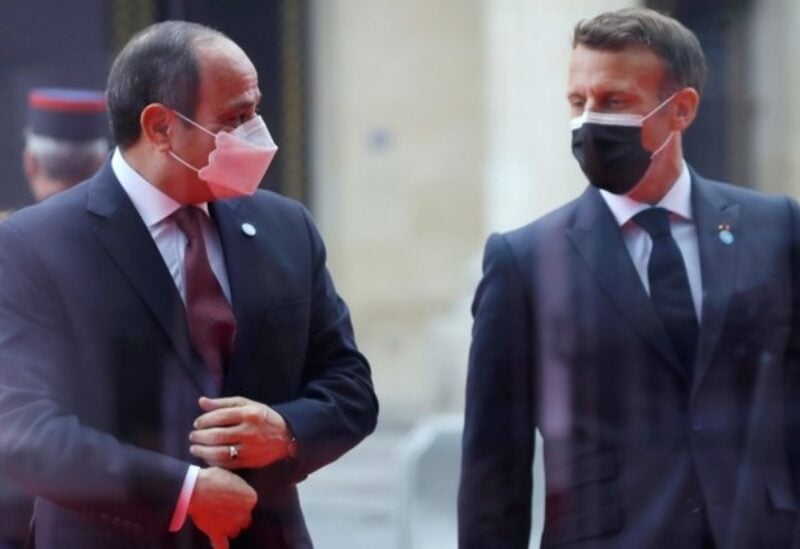 French President Emmanuel Macron welcomes Egyptian President Abdel Fattah al-Sisi as he arrives to attend the International Conference in support of Sudan at the Temporary Grand Palais in Paris, France, May 17, 2021. (REUTERS/Sarah Meyssonnier)

PARIS: France and Egypt on Monday called for a rapid end to fighting in Israel and Gaza as the violence that has killed more than 200 people entered its second week.

French President Emmanuel Macron and Egyptian President Abdel Fattah al-Sisi agreed in Paris that it was “absolutely necessary” to end the hostilities, Macron’s office said, adding that he had renewed his support for Egypt’s mediation efforts in the conflict.

Both men “share a deep worry about the ongoing escalation of violence and deplore the many civilian victims”, according to the French presidency.

They also agreed to continue coordinating their efforts towards “a rapid ceasefire” to avoid a widening of the conflict, it said.

Sisi was in Paris to attend a summit on Sudan on Monday, and another summit on Africa the following day.

Some 3,200 rockets have been fired by Palestinian militants in Gaza toward Israel since the conflict escalated last week into the heaviest exchange of fire in years, sparked by unrest in Jerusalem. – AFP