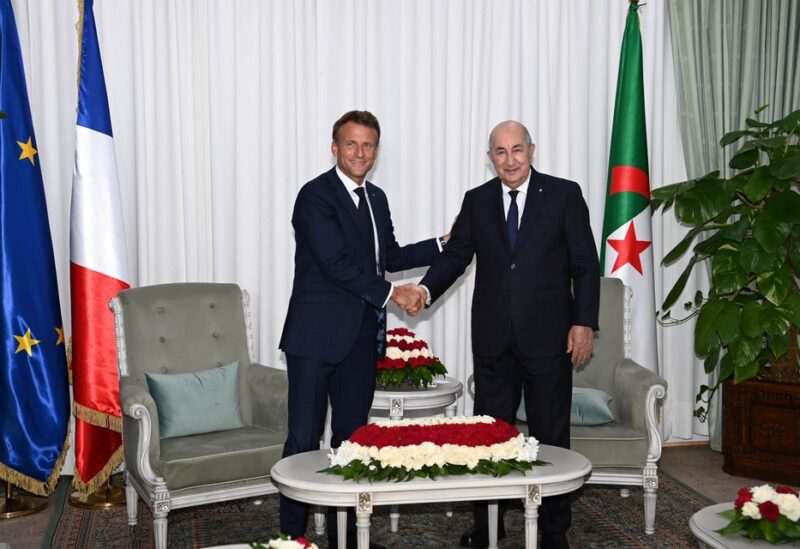 French President Emmanuel Macron paid a visit to a famous record store in Algeria, making an apparent appeal to young Algerians as part of a trip intended to ease what he called the two countries’ “painful” shared history.

The painful independence war that ended Algeria’s French colonial rule in 1962 and the trauma of that period of history have plagued relations between the two nations for decades and contributed to a diplomatic dispute that broke out last year.

Macron was greeted by people at the Disco Maghreb shop in the city of Oran, a stronghold of Algeria’s popular and often subversive Rai music in the 1980s and 1990s.

Boualem Benhaoua, the owner of the shop, played an important role in promoting Rai stars including Cheb Khaled – often dubbed the king of Rai – and Cheb Hasni, a youth icon of the 1990s who was killed by Islamic militants opposed to his sentimental songs.

Disco Maghreb has found renewed success after DJ Snake, a French music producer of Algerian descent, released a single named after the shop.

Macron said his visit to the store, was a “way to relay my respect, my admiration and my taste”, calling it the epicentre of Rai music.

Ties with Algeria have become more important for France because the war in Ukraine has increased demand in Europe for North African gas, and because of surging migration across the Mediterranean.

Algeria is meanwhile seeking to capitalise on higher energy prices to lock in European investment.

Macron has long wanted to turn the page with Algeria, and in 2017 he described French actions during the 1954-62 war that killed hundreds of thousands of Algerians as a “crime against humanity”.

That declaration, politically controversial in France, won him popularity in Algeria when he last visited five years ago and he was praised by young Algerians.