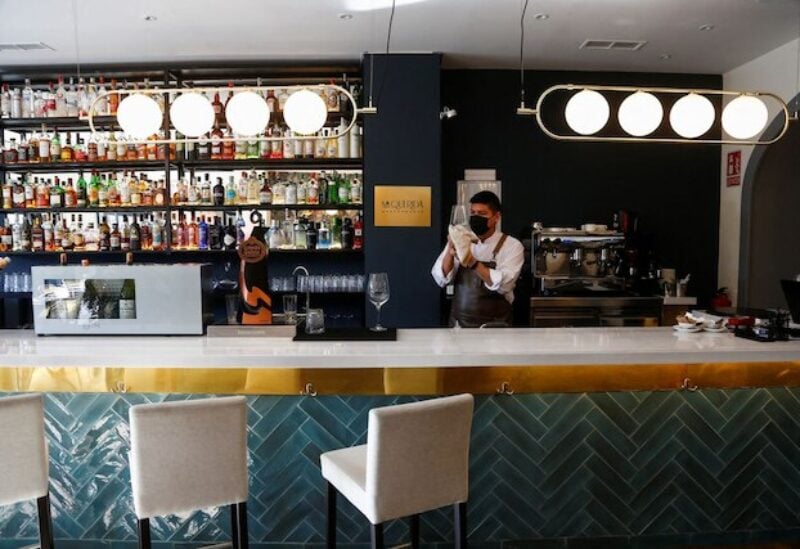 After nearly two years of COVID-19-induced uncertainty, Madrid’s bars and restaurants had been counting on solid bookings over the festive season to bolster their finances, but soaring contagion has triggered a wave of last-minute cancellations.

“We all thought… we’d be able to make some money and pay off many things that are overdue,” said Juan Lozano, head waiter at the La Querida restaurant in Madrid’s Pozuelo neighbourhood, which was almost fully booked in early December.
But the Omicron variant’s lightning-fast spread through Europe has sent Spain’s infection rate spiralling to record highs and decimated reservations, leaving just four tables out of La Querida’s two dozen booked on New Year’s Day.

The 14-day infection rate was at a record 1,775 cases per 100,000 people on Thursday, more than eight times that registered a month earlier and up from 890 during the previous peak in late January 2021.

Nevertheless, the hospital bed occupancy ratio was about a third of what was recorded in late January. There were 10,768 COVID-19 patients in hospitals, occupying 8.81% of total hospital capacity, still almost the triple the ratio a month ago. Intensive care units are 19.42% full, up from 7.76% on Nov. 30, but down from 43% on Jan. 30.

Unlike other Spanish regions, which have imposed capacity limits, mandatory COVID passes and even a curfew in Catalonia, Madrid has not introduced any restrictions on eating out and socialising. But restaurants are still feeling the pinch.

“The outlook is horrendously bad,” said Lozano, insisting that the government must give more support to the sector. He complained that state-backed soft loans were not enough.

Industry body Hosteleria Madrid estimates half of all December reservations in the region were cancelled, causing losses of some 350 million euros ($396 million).

Across town at Asador Extremeno, a traditional grilled meat joint by the River Manzanares, chef Miguel Campos complained that customers had all but dried up as he placed a huge chunk of beef on the grill.

“We have a terrace and in the open air people have more confidence…Thank God for this good weather that lets us work a little bit,” he said.